It has been a week since June 14th, the popular anime “Jian Si Liang” that has not been broadcast.

At present, it has also achieved excellent results with 2 episodes breaking 50 million views.

This result can be said to be very good, because those superhuman animes, such as Dou Po, Douluo, etc., have their original fan bonuses.

And “Contemplation” is entirely written by director Zhao Yuqing, all aspects are new, there is no fan of the original, which is a test of all aspects of animation.

From these two episodes alone, many details and metaphors can also be seen.

1. The costumes and modeling are pleasing to the eye, and can be called the top of the national comics

In the first episode, when Tu Li and Xu Linglong were eavesdropping in the Chamber, we could clearly see the fluff on Tu Li’s shoulders. 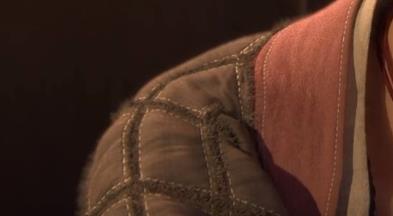 You can see the exquisiteness and sophistication of this costume in almost every protagonist and important supporting role.

It is true that very few Guoman can do this. Most of the costumes are very suitable and do not give people the feeling of acting. It can be seen that they have been carefully designed.

The modeling of Tu Li, Fengmian, Xu Lingxi, Xu Yan, and Ying Mo are all very beautiful. In the first episode, the beauty is like a cloud. Zhao Yuqing is indeed the person who has successfully adjusted the “Young Jinyiwei”, and the exquisiteness of the nine princesses and others. Design is due to her.

I have to say that she is very talented in art.

The female characters are so beautiful that they don’t overlap, and each has its own characteristics. 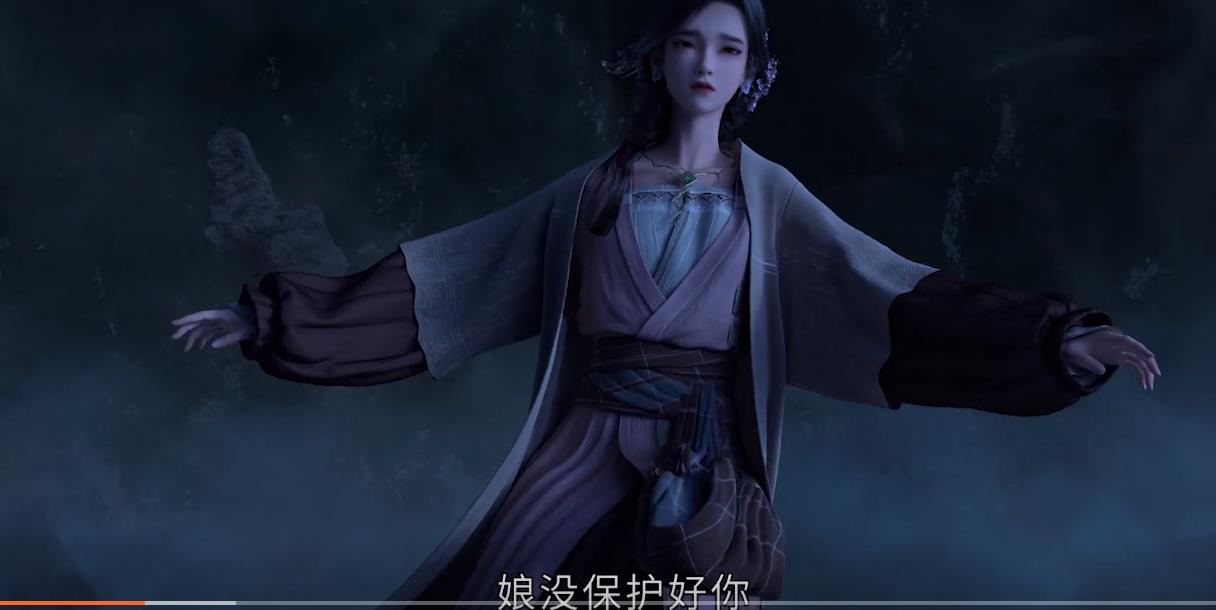 For example, the freckles on Tu Li’s face have been complained by many people, but there are precedents for this use in famous works. For example, the important girl in “Dream of Red Mansions” has freckles on her face, but it does not hinder Master Jia She, Mother Jia likes her, and the audience also likes her.

This approach actually adds recognition to the characters.

There is also Bongmian’s white hair. Loli is the heart of the sister, and she was once more popular than the heroine, and she is considered to have Zhou Xun’s style. 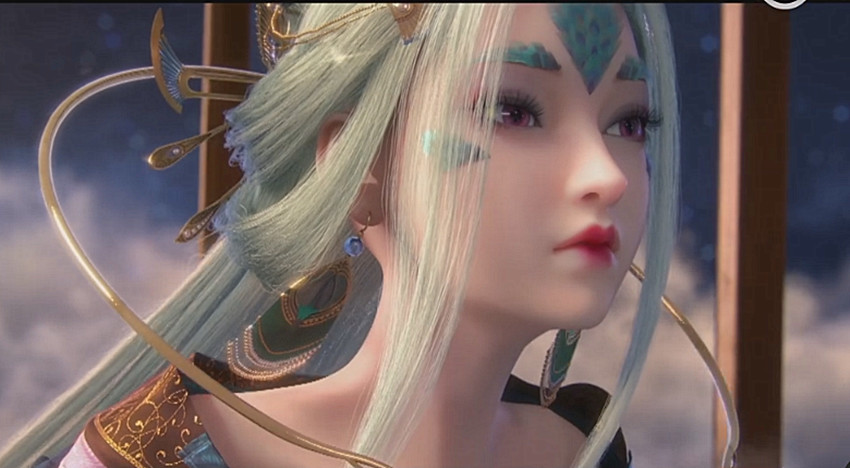 In terms of the overall style of female characters, it is also different from the high heels, exposed legs, and even suspects of selling it, but it is very tightly wrapped and follows the ancient style of the country.

In episode 2, Su Yeon, who is a descendant of immortals, said something quite intriguing:

“A mortal life is too short to be blindly conceited. For vain obsessions, moths will fly into the fire.”

It has to be said that the director and screenwriter Zhao Yuqing said a lot through the mouth of the character. The bigger metaphor lies in the main storyline, starting from the beginning of escaping from Siliang Island and returning to the heavens.

Jing Xuan said that this was a scam.

This style has to be tasted carefully.

And watching “Faithful Thinking”, there will be a feeling of playing the game “Gu Jian Qi Tan”.

Like the ancient sword, it has a big advantage, which is the problem of light and shadow.

Whether it’s the heroine’s appearance, the beautiful aurora, lanterns, and the creation of a drop in the ocean when she is boating on the sea, or the ubiquitous light and shadow when the characters are in action during the day, people are extremely comfortable to see. 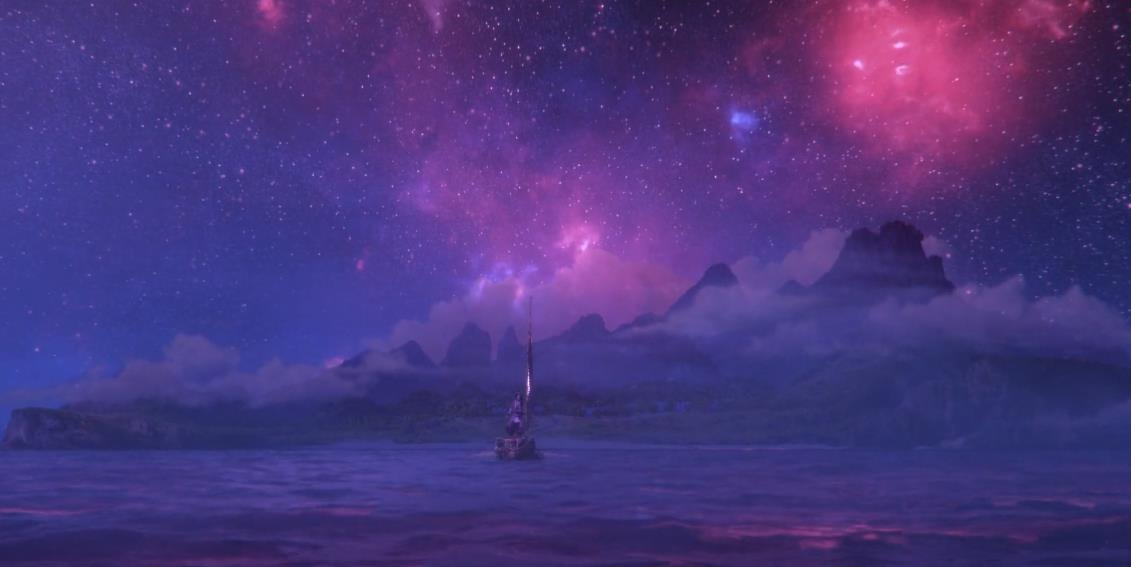 This kind of overall quality of composition, art, modeling, lighting and clothing, etc. is really hard to see in other Chinese comics. 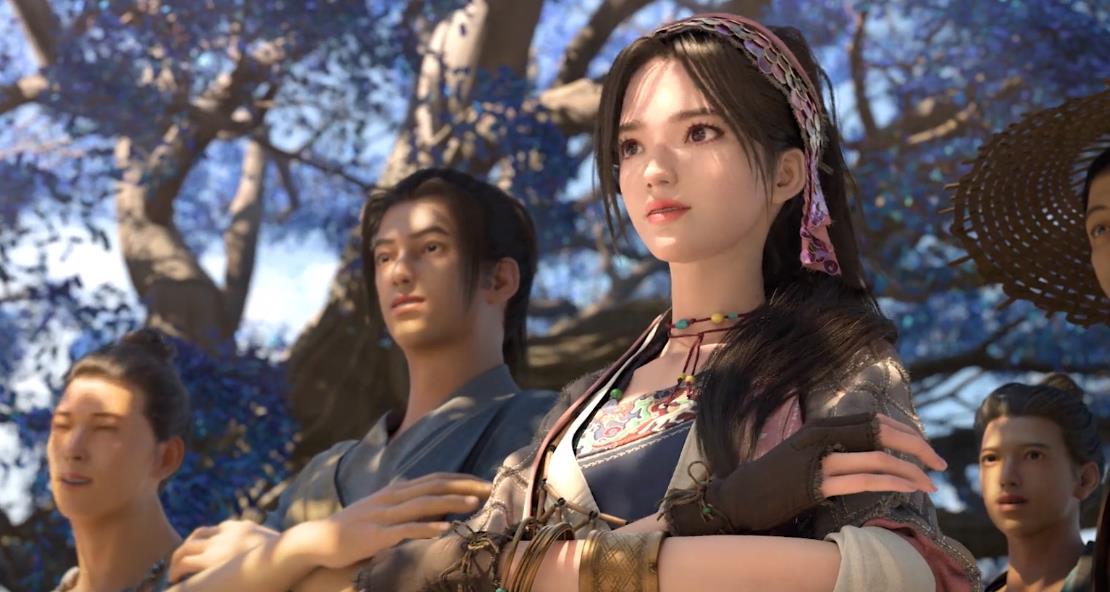 3. Controversial and logical problems of the plot

The most complaint about “Conscious Thoughts” should be the plot issue.

In fact, if you have been a writer, screenwriter, or tried to write a novel, then you will think that this is a very normal opening after reading “The Thoughts of Love”.

The opening chapter created the image of the heroine Tu Li’s hands-on ability, research ability, and independence and self-improvement. The two lines are parallel. The hero checks the information in the Cangdian Pavilion, then plays the game, exploded a part of the Cangdian Pavilion, and then caused Tu Li to discuss Don eavesdropped.

Then the characters such as Xu Linglong, Xu Yan, Cheng Ran, Fengmian, Xu Lingxi, etc. are introduced, orderly and step by step.

Some people may feel unable to remember the characters, but this is a normal way for traditional novels to elicit characters. 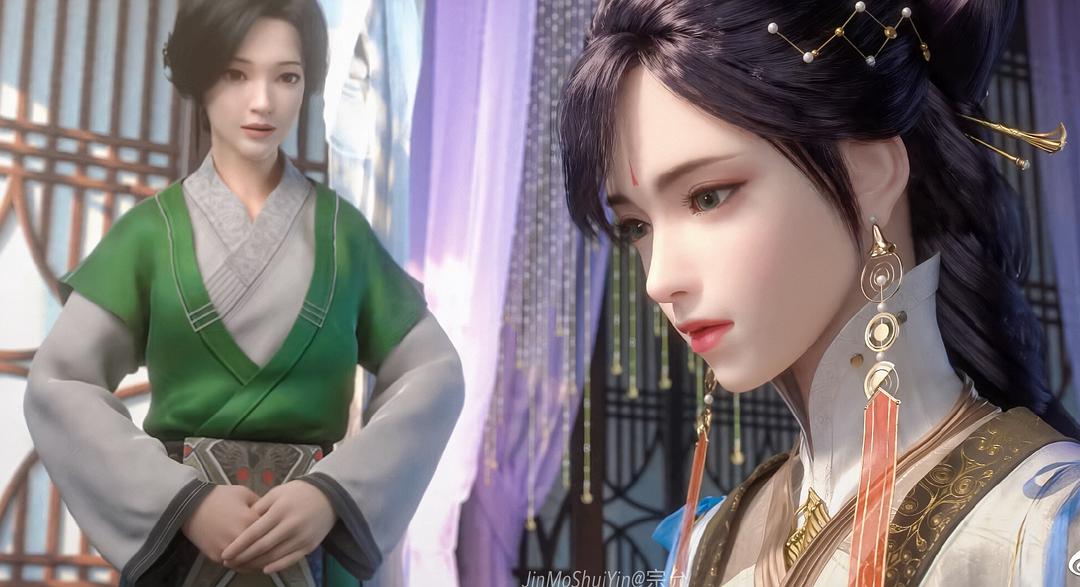 For example, when you look at Jin Yong’s later novels Xiao Ping, it is from Lin Pingzhi’s destruction, leading to Yilin, and then from Yilin’s mouth, leading to Linghu Chong, and looking at Jin Yong’s mid-term god sculpture, also from Cheng Yinglu Wushuang, leading Wu Sansi Li Mochou, Then elicit Yang Guo’s.

Therefore, there is no problem with the narrative rhythm of “Contemplation”, so why is it being complained by some viewers?

The reason is that the current rhythm is fast, and everyone is accustomed to the fast-paced refreshing text, and “Jian Si Liang” is obviously not a refreshing text line, but a fairy tale ancient saying.

It’s understandable to be complained about in this way, but the two episodes can’t evaluate the overall plot, I can only say to see the follow-up.

Furthermore, there are problems of logic and flaws. At the beginning, it was assumed that the degraded gods would die if they were contaminated by sea water. It seemed that it would be too difficult for them to live on the island because there is water everywhere.

Therefore, viewers also have questions, don’t they drink water? Also, the three views of the protagonist’s parents are different, and how do they get together? 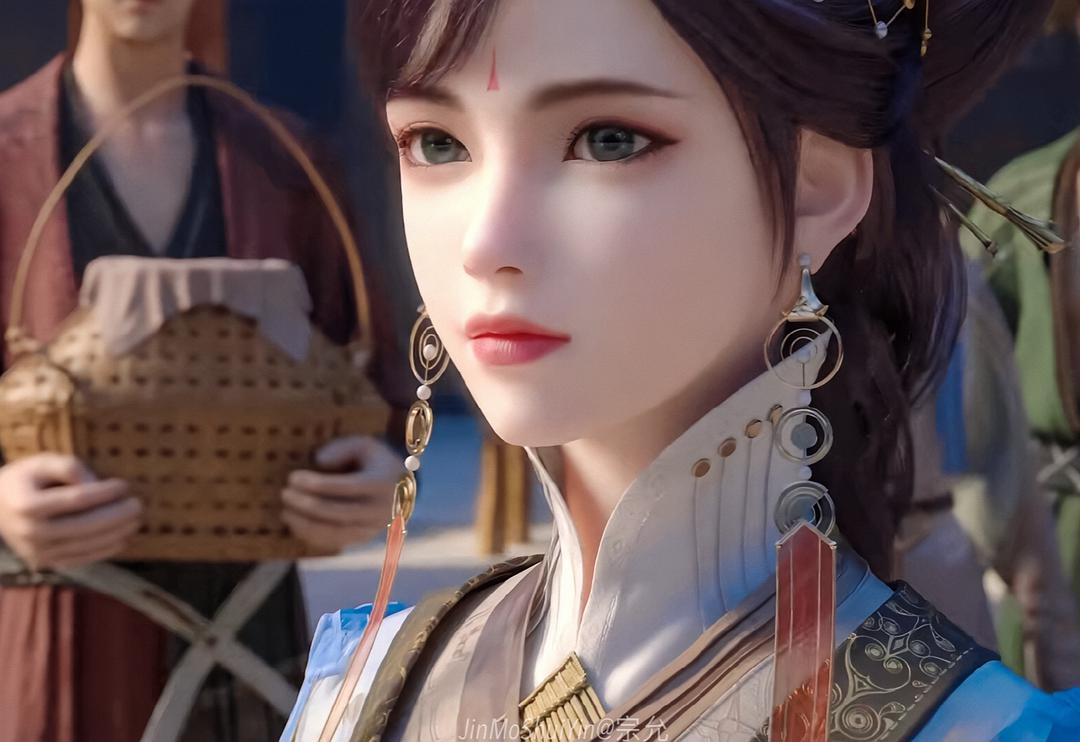 And so on, it depends on the settings given in the follow-up and whether the screenwriter can justify himself.

There is no doubt that the initial positioning of “Contemplation” is likely to be a female audience.

It should also be based mostly on the plot of the heroine Tu Li, and of course the heroine also has a lot of drama.

But it should be correct to say that it is a feminine aesthetic, because Zhao Yuqing is a woman. In anime, you will find that even passerby soldiers will haveWu Yifan[娱乐影响力人物榜✨第54名]The value of the face. 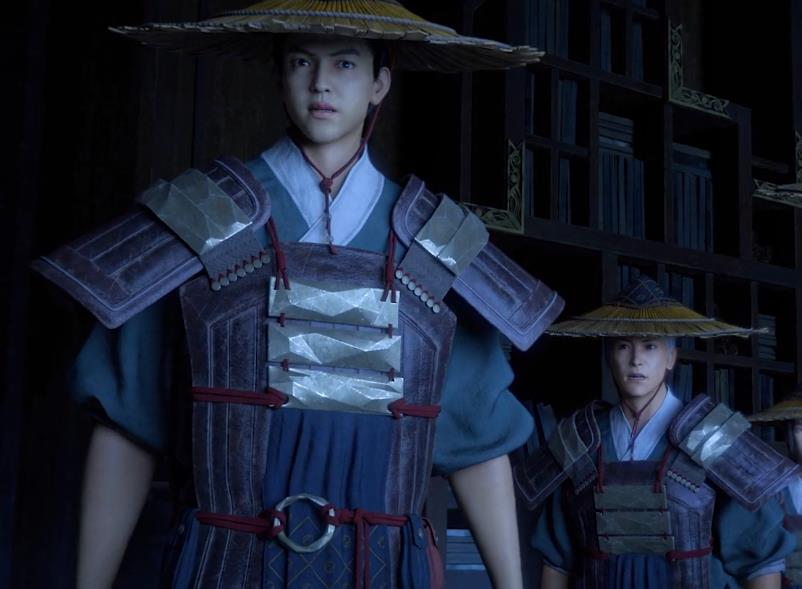 Everyone loves beauty, so there is no harm in having more feminine perspectives, which can create a lot of diversified things and seek common ground while reserving differences. 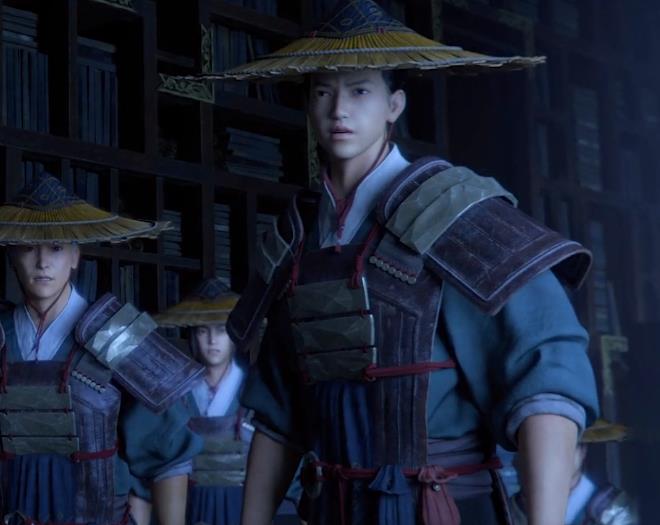 The key is that so many female models are exquisite and beautiful, which will also attract many male audiences, which can be said to be a good thing.

However, there is a bigger controversy about the issue of official distribution and CP fans. You will find that male audiences basically don’t have this problem, while female audiences of “Shen Siliang” seem to have a lot of quarrels on this issue, especially Enter Jing Xuan and Feng Mian.

Zhao Yuqing, who graduated with a postgraduate degree in Zhongchuan, is not only a screenwriter and director, but also a producer and creator of Fang Yanyang Culture. He also served as a lyricist and captured a large number of fans. He is undoubtedly excellent. But from the above, it can be seen that Zhao Yuqing’s pictures are not small, just like Li Fangfang, who wrote and directed “Wuwenxidong”, wanted to add a lot of things.

This attitude of wanting to be better and more perfect is not a problem in itself, it is worthy of praise, but it is easy to collapse, after all, manpower is sometimes exhausted, so I hope that “Contemplation” can maintain its standard.

When the Tokyo Olympics finally begin in Japan, the event is drawing crowds to your screen from everywhere! Keep...

a new sound and light show in preparation

Author and director, Patrice Macel does not forbid himself anything. No gender, no register. After a first sound and...