In 2020, there will be many highlights in the game industry. Both “Cyberpunk 2077”, which has dominated the weekly STEAM sales list for seven consecutive times, has won the attention of the industry, and there is also a new dark horse “Yuan Shen” that has made the list. Sina Games and the Micro Hotspot Big Data Research Institute jointly launched the “2020 Game Industry Network Attention Analysis Report”, which counts the game industry from the perspective of disseminating big data. The following are the details of the report:

In terms of market structure, as the client game and web game markets continue to shrink, mobile games have become mainstream in the overall online game market. 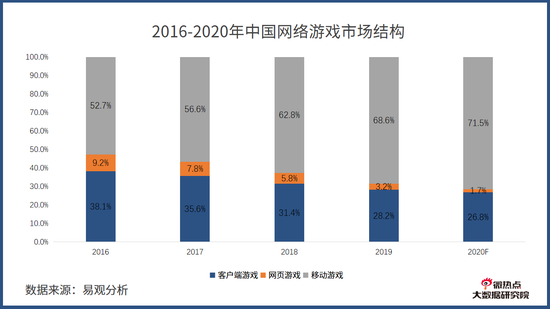 2. The official announcement of the five spokesperson kings will become the hottest mobile game in 2020 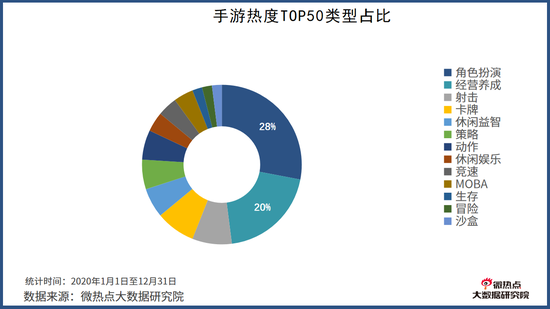 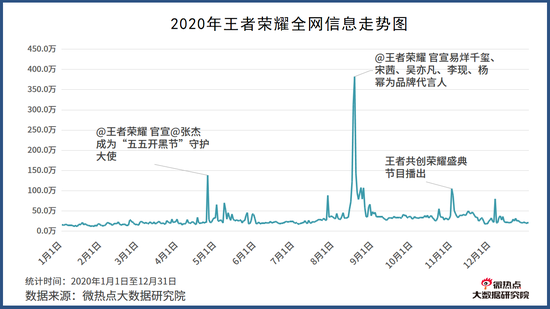 In the statistical time period, words such as “season”, “optimization” and “update” can show that netizens pay attention to the update of the season of Glory of Kings; words such as “skin”, “effect” and “experience” can show that additional game products are also the main concerns one. Among them, “OPPO”, “vivo”, “IQOO” and other mobile phone brands appeared in the keyword cloud. It can be seen that netizens have also turned their attention to the mobile phone industry during the game; “KPL”, “player”, “LGD”, “DYG”, etc. When the words appear in the keyword cloud, it can be seen that the professional league and team of Glory of Kings have also received extensive attention from netizens. 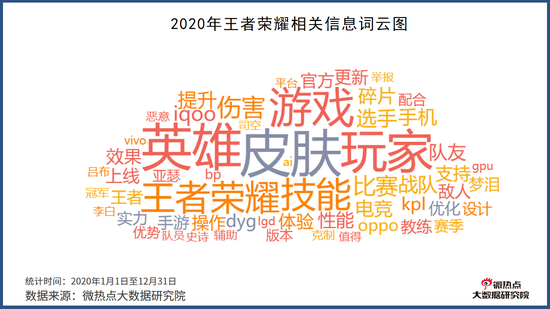 According to the statistics of the Micro Hotspot Big Data Research Institute, in 2020, King Glory’s non-sensitive information accounted for 98.30%, and sensitive information was only 1.70%. Negative information mainly focused on “Because King of Glory was registered as a liquor trademark, Tencent sued the State Intellectual Property Office”, “King of Glory TS team owed salary incident”, “Netizens claimed that Huya anchor Eggplant does not tease sisters sexually harassing female accompany in the live broadcast” etc. Dissemination of relevant information. 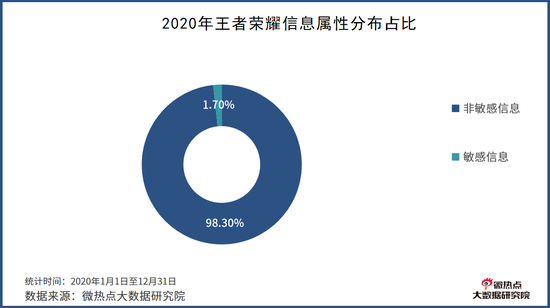 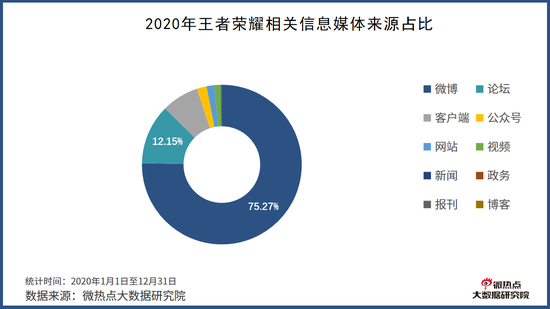 Judging from the geographical distribution of users who pay attention to information about King Glory, Beijing, Guangdong, Jiangsu, Zhejiang, Shanghai and other regions have the most information. Among them, Beijing launched the “e-sports Beijing 2020” series of activities that attracted the attention of the public. The holding of e-sports events, the establishment of e-sports bases and the introduction of e-sports related policies in Henan, Anhui, Sichuan and other places will help promote potential users’ attention to the e-sports industry. 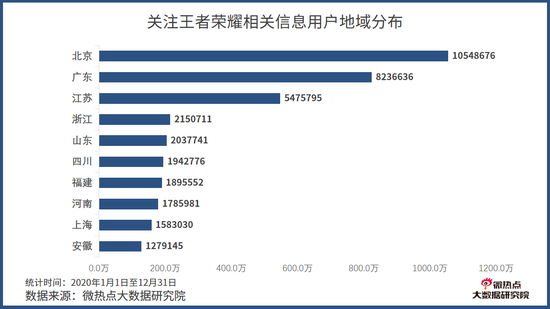 In the role-playing mobile game, Dragon Valley 2 independently developed by Shengqu Games and published by Tencent Games successfully reached the top with a popularity index of 10.52. It was followed by Collapse 3 with a heat index of 9.22. Naruto, Fantasy Westward Journey Mobile Game, Tianya Mingyue Sword Mobile Game and so on followed closely. 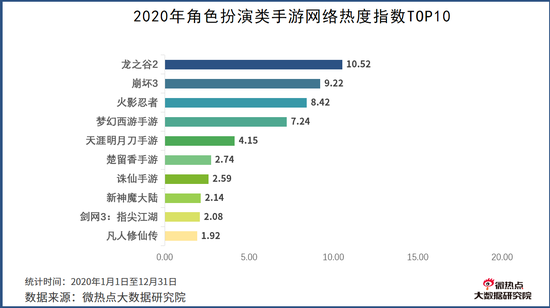 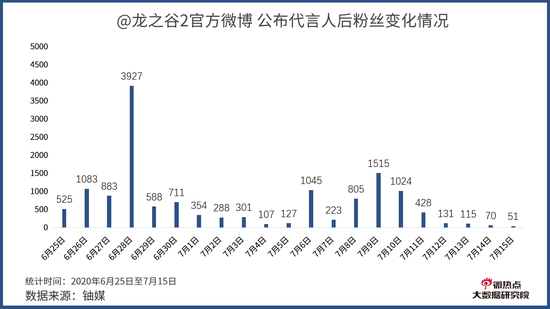 Fourth, the popularity of League of Legends has become the hottest game of 2020 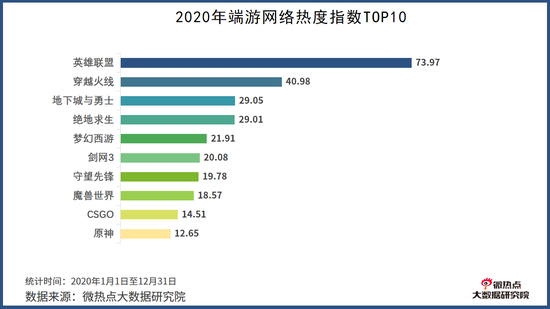 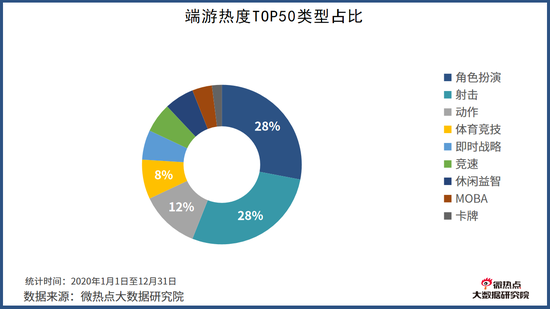 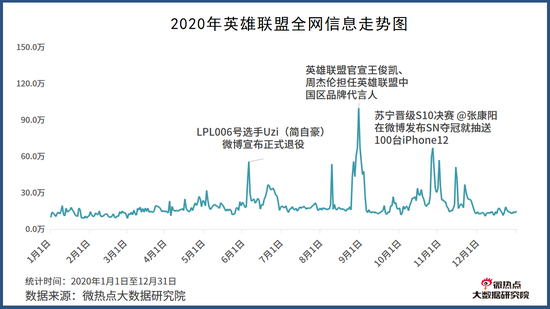 It can be seen from the keyword cloud of League of Legends, it can be seen from clubs such as “LPL”, “Demacia Cup”, “RNG”, “IG”, “EDG”, “FPX”, “TES”, “JDG”, “LGD”, and “VG”. Netizens are concerned about domestic League of Legends matches and clubs. “Uzi”, “Ning”, and “Zhuo” can see that some professional players attract the attention of netizens. Words such as “cloud games” show the characteristics of the industry’s development in 2020. 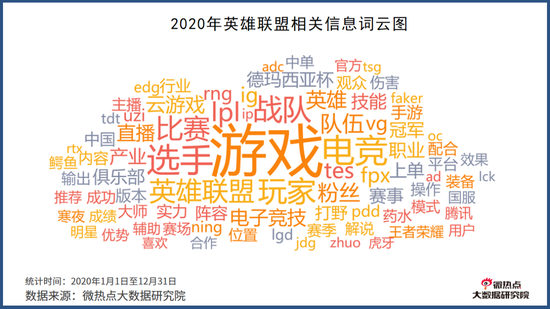 According to the statistics of the Micro Hotspot Big Data Research Institute, in 2020, the non-sensitive information of the League of Legends will account for 97.50% and the sensitive information will be 2.50%. Negative information mainly focused on “RW E-sports Club expelled player Wang Xiang (ID: weiyan)”, “LPL opening game commentary “I Loli” was criticized and criticized by the audience”, “EDG resigned employees posted that the club condoned sexual harassment of employees and forced the victimized employees to resign “Netizens threatened to take laxatives on the Internet platform to take out the Taobo Club.” “VG player Lu Jue (ID: Leyan) was punished for exploiting game loopholes” and other related information. 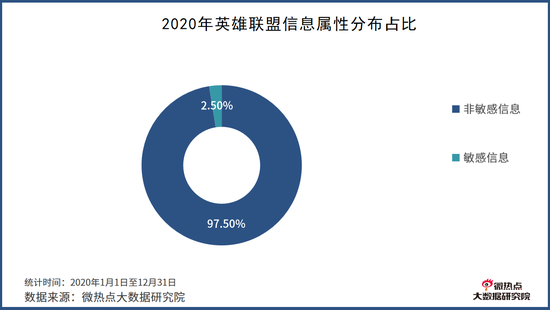 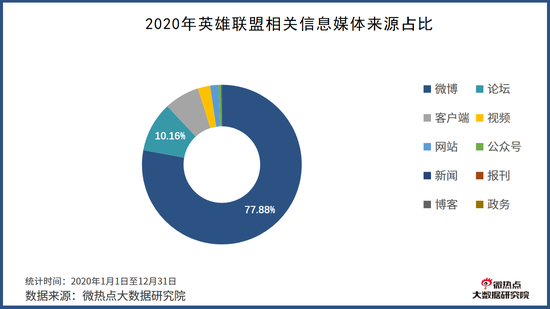 From the geographical point of view of users concerned with information about League of Legends, the amount of information in Beijing is 8.1074 million, far exceeding other regions. Jiangsu, Guangdong, Zhejiang, Shanghai and other regions have a lot of information. Henan, Shandong, Anhui, Jiangxi, Sichuan and other places ranked in the top ten due to the holding of some events and the establishment of bases. 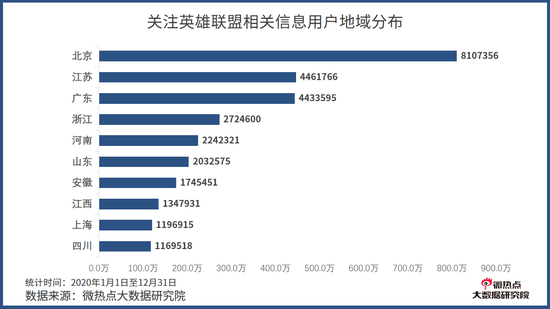 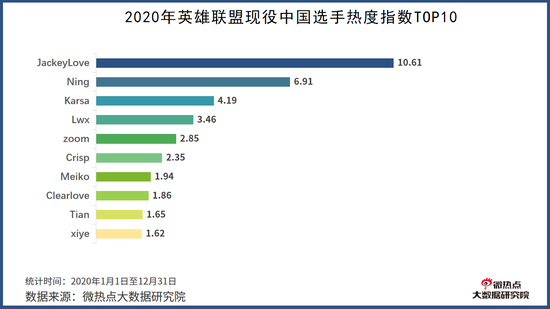 According to statistics, among the many role-playing games, Dungeons and Warriors issued by Tencent Games ranked first in the annual role-playing games with a popularity index of 29.05 in 2020, followed by Dreams with a popularity index of 21.91 Journey to the west, Jian Wang 3 ranked third with 20.08 popularity. World of Warcraft, Yuanshen, World of Warcraft Nostalgia, Nishuihan, Tianya Mingyue Knife, Sword Spirit, Adventure Island and other games ranked fourth to tenth. 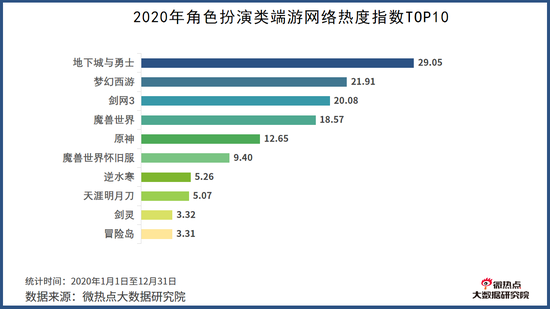 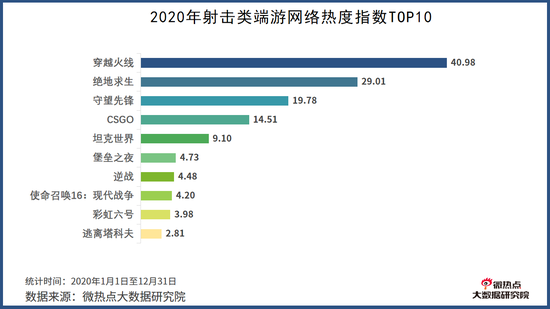 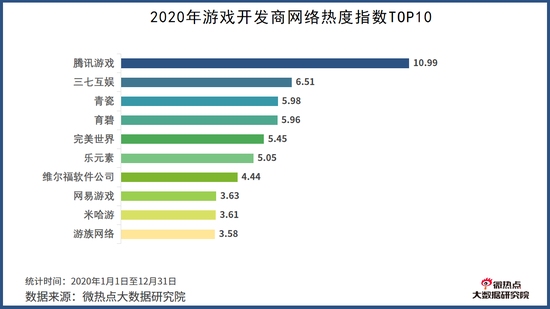 In the past 20 years, China’s game industry has grown from scratch, and the industry has undergone several rounds of tremendous changes, and it has occupied a pivotal position in the entire entertainment industry. With the establishment of clear-oriented, clear-standard, rigorous and standardized supervision mechanisms and the improvement of the juvenile protection system, the domestic game market will become more stable and mature, which has been verified by the development of the game industry in 2020.

Sina statement: Sina.com publishes this article for the purpose of conveying more information, and does not mean that it agrees with its views or confirms its description.

Chainsaw Man is one of the most successful manga of recent years and a few months ago the first season of the anime...

Giada’s passions are evident in her works in the cosplay field: video games, comics, cartoons are the masters, but...