6th Peymeinade (06) Manga and Japanese Culture Festival: more room to have fun on October 9 and 10!

This sixth edition of Manga Festival de Peymeinade (previously called Passionately Manga) will take place on October 9 and 10 at the city’s David Douillet gymnasium. Still without any commercial purpose, it is organized by the city’s communication, culture and associations department and its only objective is the pleasure of visitors in love with Asian culture. Entrance to the festival is free, but subject to presentation of the health pass.

This new version of the show more than doubled its surface by changing the location to welcome the public. There will thus be more stands and entertainment centers to have a good time. On the program, comics, manga, lightsaber or sumo fights, drawing workshops, kimonos, calligraphy, origami, video games, virtual reality, shôgi, demonstrations of martial arts and the essential cosplay. Finally, part of the French team of Hado eSport will be present for an animation.

On the virtual reality side, our stand will offer positions with new experiences accessible from the age of seven. A challenge Beat Saber will be organized over the weekend and it will take the best score – on a title announced at the last moment – to win. No prior registration is necessary, these are done on site. 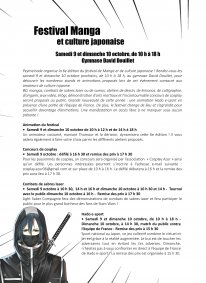 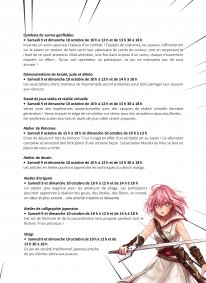 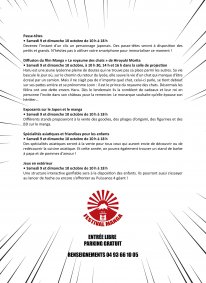 If you are in the area, we invite you to come and see us to enjoy the good atmosphere that will offer us this Manga Festival de Peymeinade.