This article is published under the authorization of 78 Animation Network. The original title:[78 Animation Official Evaluation]Bandai HGAC Heavy Gunner Gundam, the content of the article only represents the author’s point of view, has nothing to do with this stand, please do not reprint without permission.

Okay, today we will continue the Mars evaluation. This time the evaluation is the HGAC Heavy Gun Gundam. Gundam Gundam (Heavy Gunner) Gundam is one of the five strongest players in “New Mobile Suit Gundam W”. It uses the whole body of hot weapons to pour firepower and can instantly annihilate enemies in a wide area. However, the disadvantages are also obvious. Because the ammunition carried is limited, once When the ammunition is exhausted, the only weapon left is the saber in the right hand, and the aircraft, which has heavier armor than the other four aircraft, can easily fall into a disadvantage in combat.

The pilot was Trovar Barton, who had no name and became a mercenary since he was a child. He was originally a heavy artillery repairman, but an accident killed the original pilot. He nominated himself and inherited the name of the original pilot. A member of Meteor Fight.Gundam W carefully described the growth of the characters in the play, and Trovar is no exception. Getting to know Cartel, Shiro, and Gasline of the circus, let the mercenaries who have always put life and death away gradually understand the meaning of life and Reasons to fight

The picture of the board suddenly disappeared after the filming, and I can’t find it. You can only look at the seal and the manual orz

The A board and C board have the runner switches next to the parts that will be changed during the heavy artillery reform. It can be predicted that the PB network is limited.

Fenghua is the scene of attacking Leo together with Cartel’s Desert Gundam, and the automatic drawing episode 7 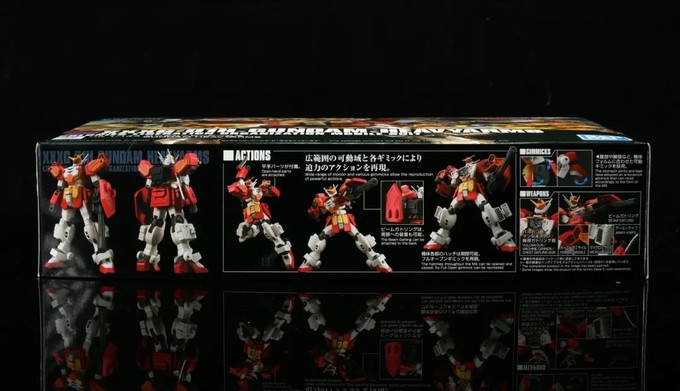 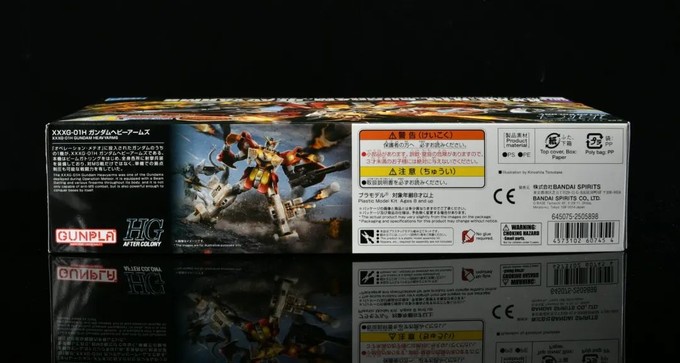 This side introduces the story of Fenghua, an introduction to episode 7 of the animation 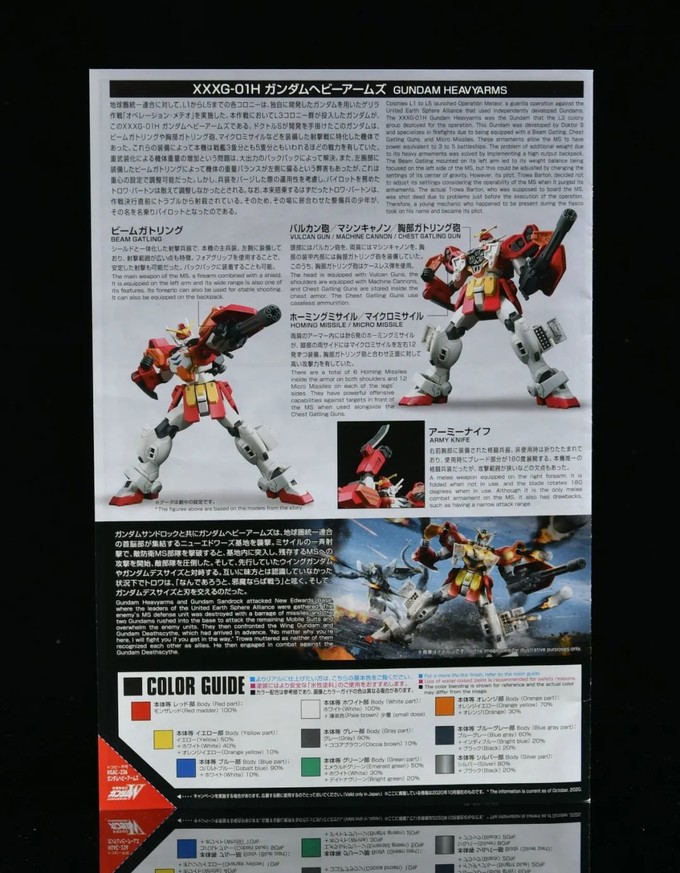 Instructions continue to be bilingual in Japanese and English 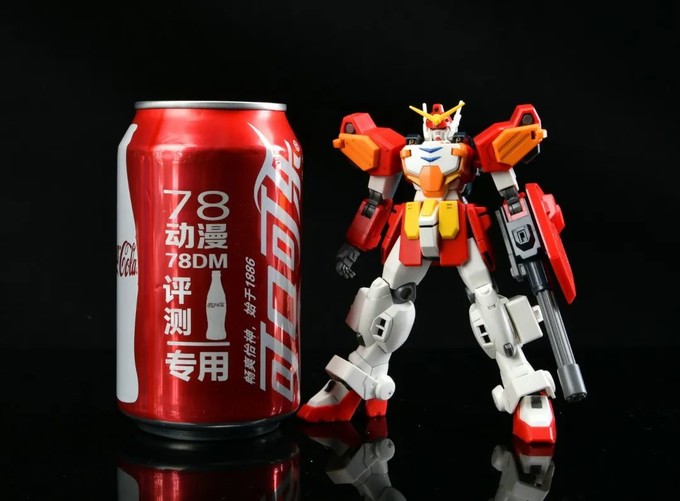 The body height is basically the same as the previous desert 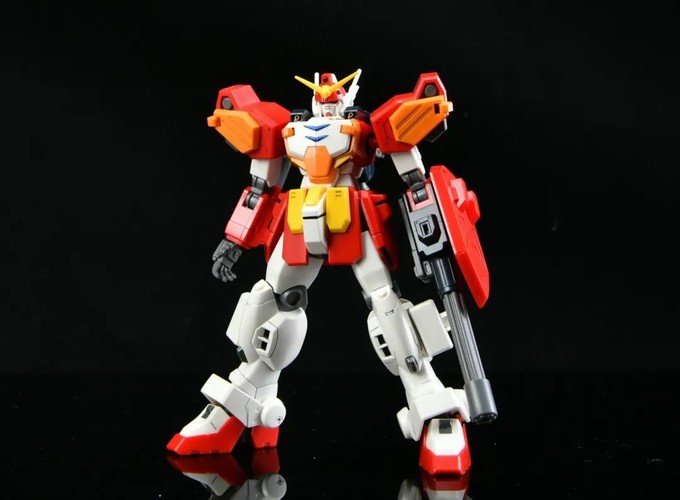 The red, white, orange, and yellow colors are also very fashionable now. Applying such a passionate color to a heavy fire engine has an amazing chemical reaction. 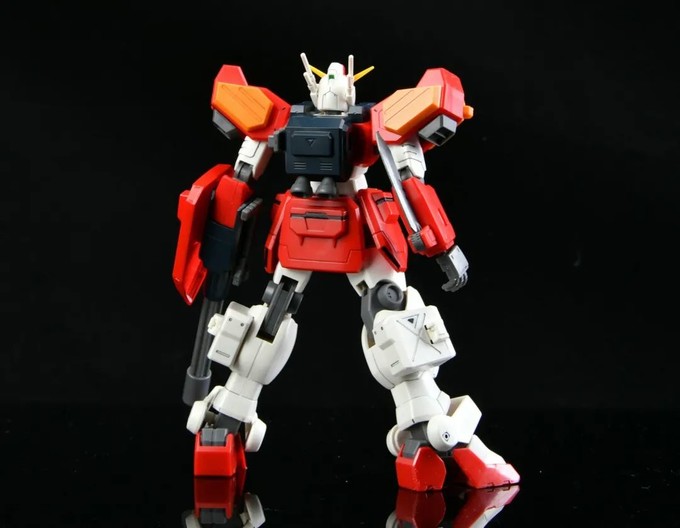 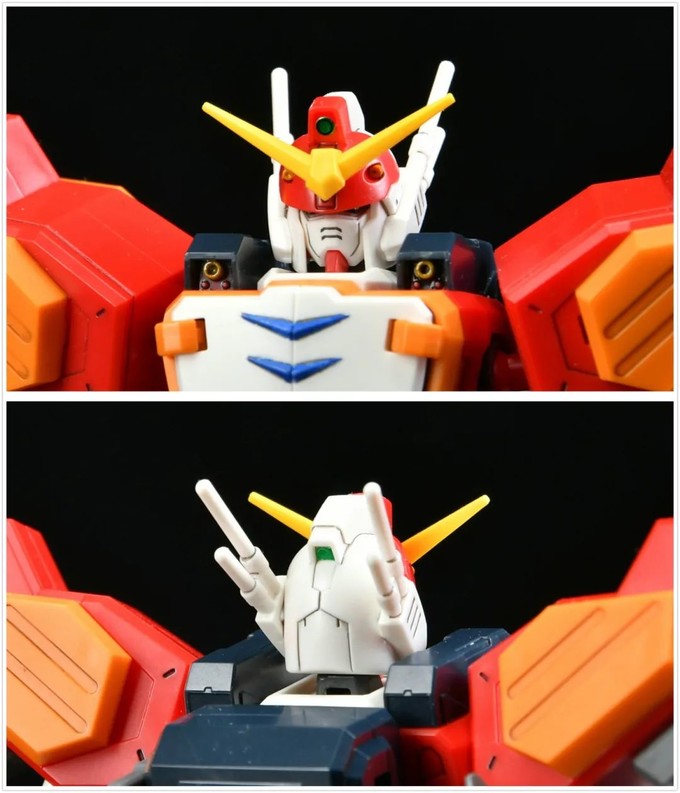 Very headPunctuality, The high-profile role in W, the Vulcan cannon should be filled with yellow

Complementary color position: the cannon on the shoulders (yellow, gray), the armored Citroen on the chest (blue), the chest vent (yellow, black), the light above the chest Gatling after unfolding? (blue) 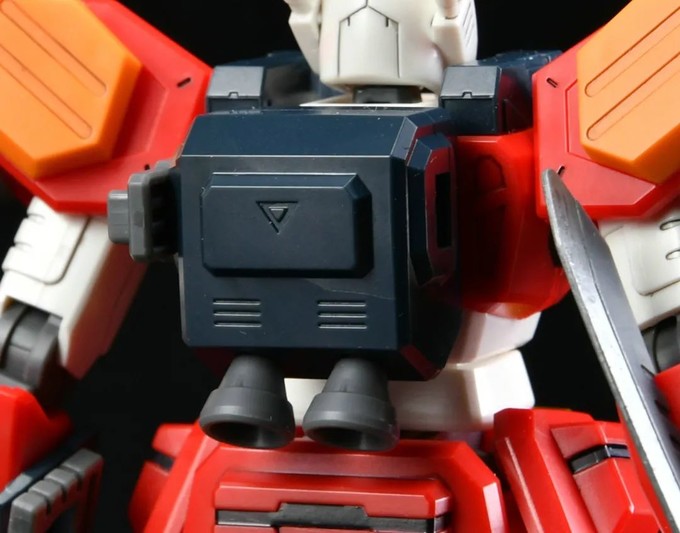 The backpack is relatively simple. The part on the left is to install the connector for Gatling, which is usually not installed (be lazy 233) Arm details, left and right are basically symmetrical, the difference is just a saber

Three guided missiles on the shoulder, the cover can be opened, and there are simple details inside the cover 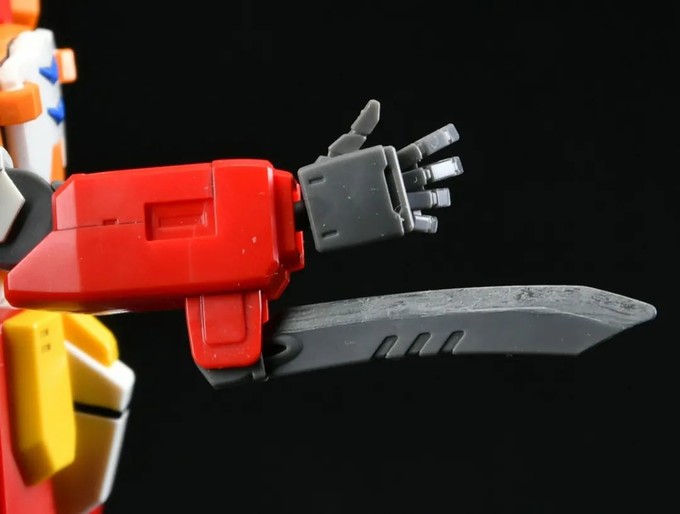 The only combat weapon of this machine-the saber equipped on the right wrist, which is deployed 180° when in use, and the blade faces outward when not in use, which can also urgently defend against the enemy’s melee attacks 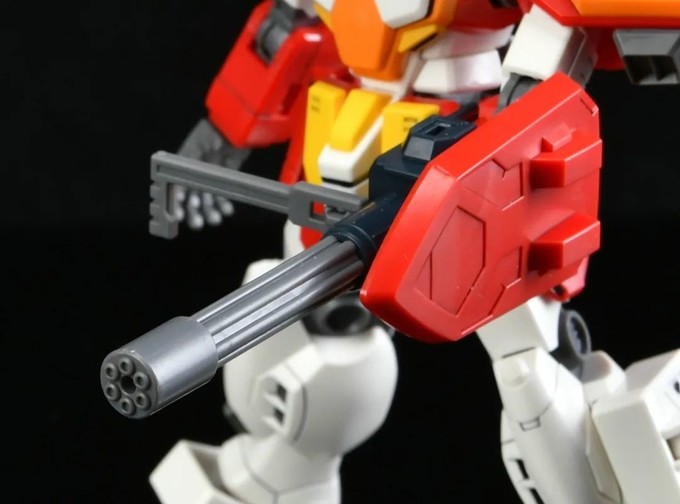 The main weapon that is often equipped on the left arm-Beam Gatling, is also equipped with a small shield.

Because it is integrated with the arm, the shooting range is also very wide. If the auxiliary grip is used, stable shooting can also be performed

Can be carried on the back after using the connector 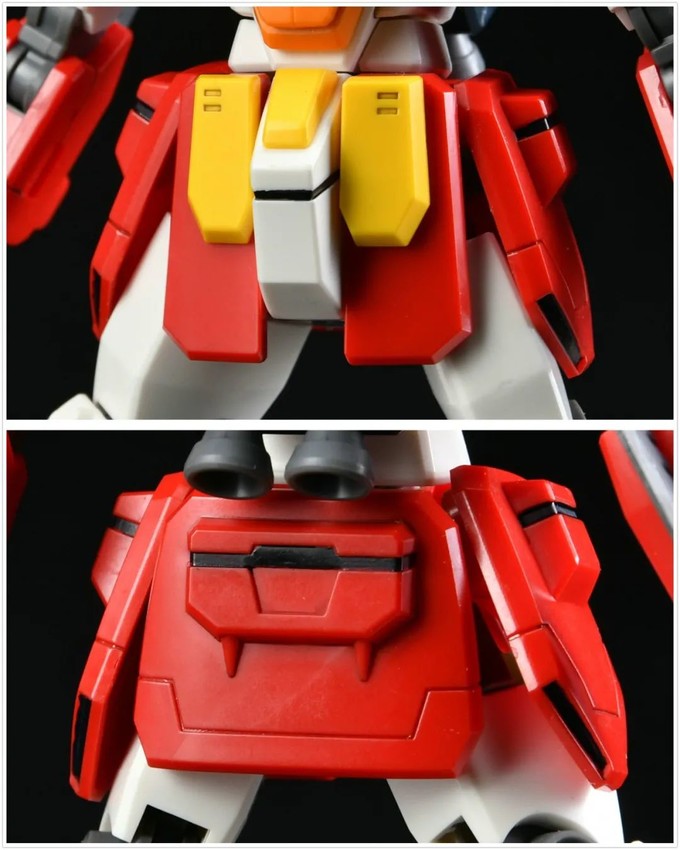 The black of the waist needs to be complemented, and the black strips of the crotch are not engraved and need to be covered to assist the operation 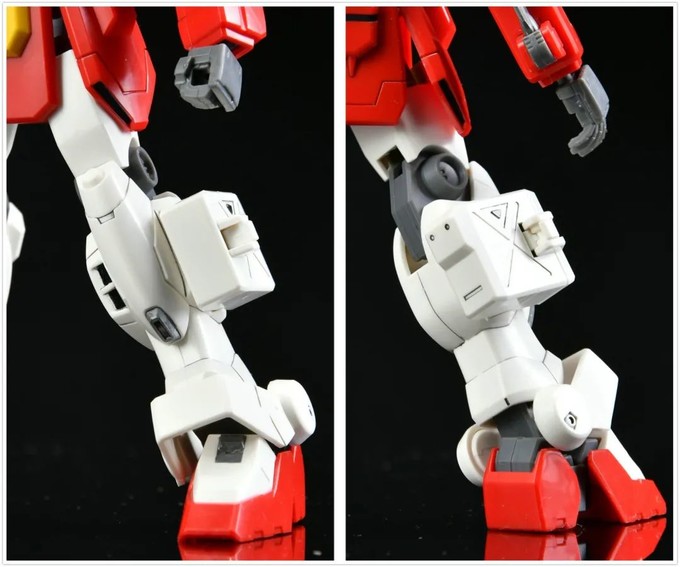 The legs are very capable and the details are just right.

The micro missile launcher on the outside of the calf can be opened, and the white of the missile should be complementary

There are also scrap pieces of Desert Gundam: a pair of hands holding melee weapons. If you want to restore the Antarctic duel, use this hand to hold the lightsaber.

After raising the leg side and sliding the hip joint, you can have a large range of motion without turning the side skirt 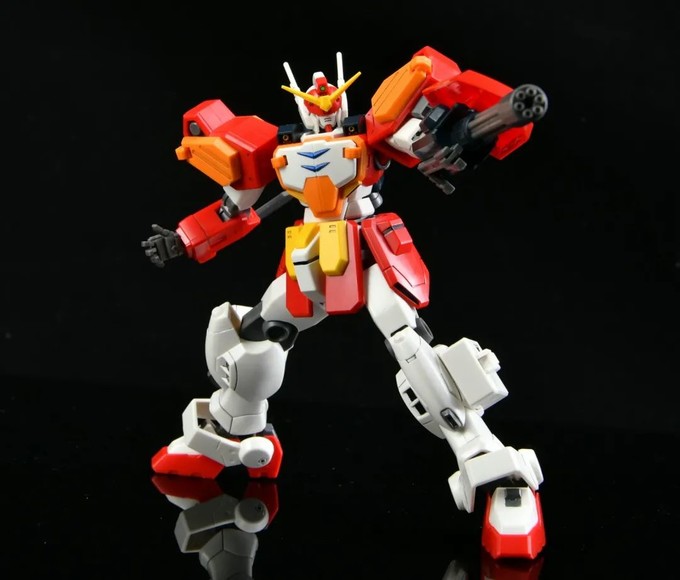 “No matter who it is, there is only one fight that hinders me!”
“No matter what, I will fight if it gets in the way!” 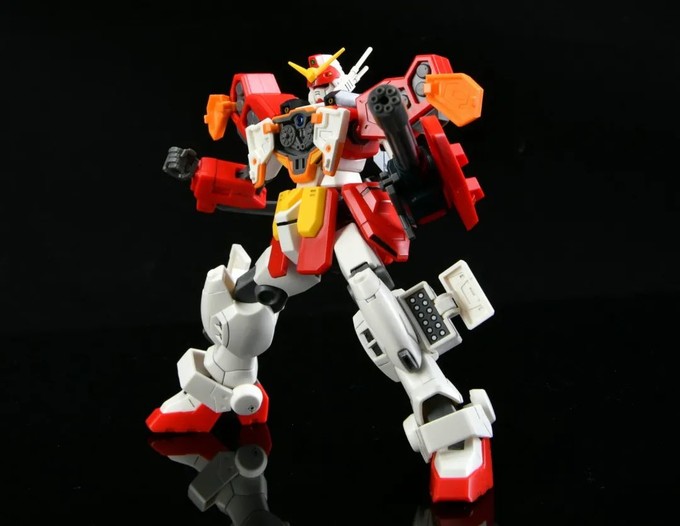 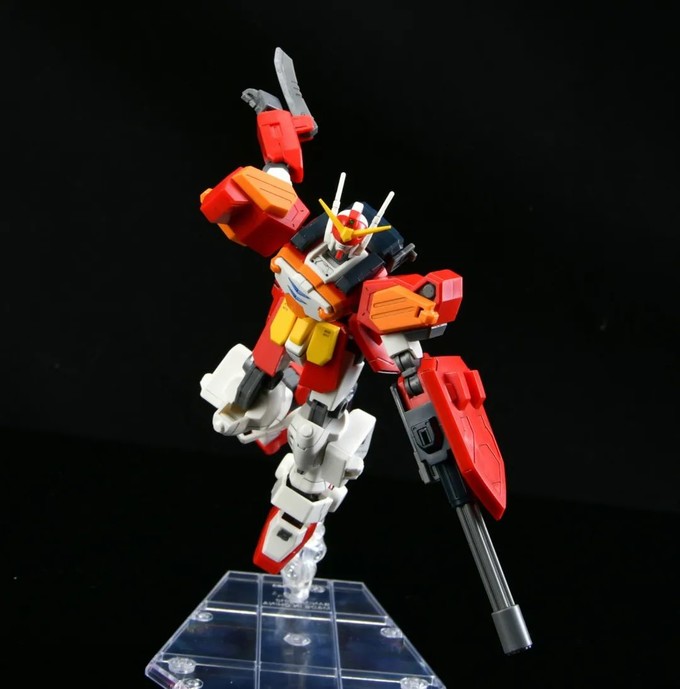 “People who see Gundam must not go back alive…”

The acrobatic action “moon surface return”, in fact Trovar had not done this action when he fired the heavy artillery 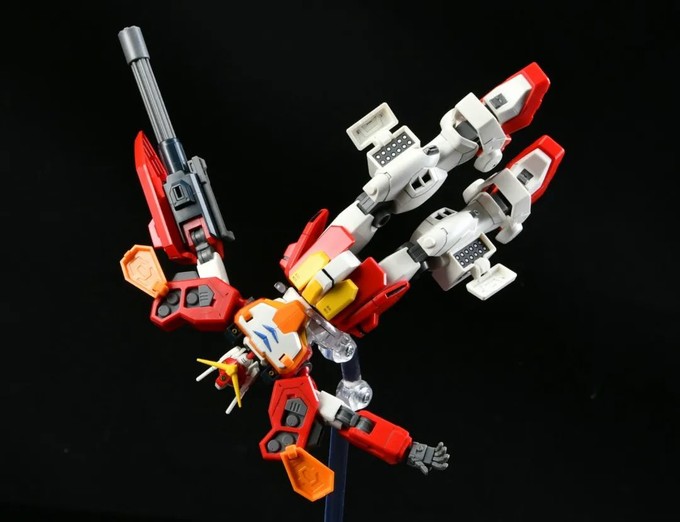 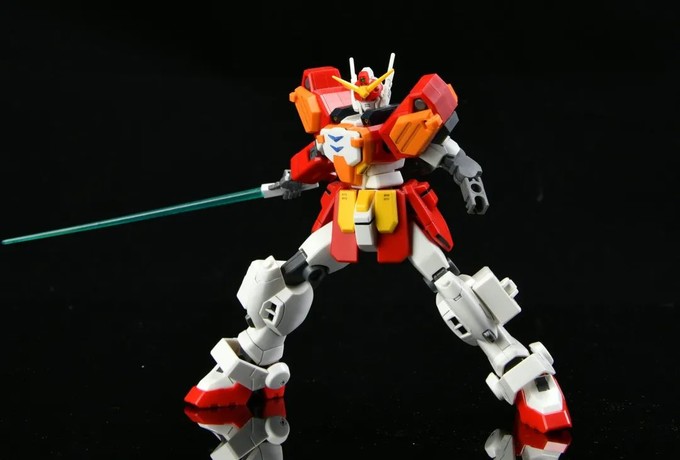 Restore the 16th episode. Hero drives a heavy artillery and duel with Jergus’s Dorukis, TelloHuaweiIts left arm has been modified, with a beam saber inside

(Hilt and blade are othermodelSato) 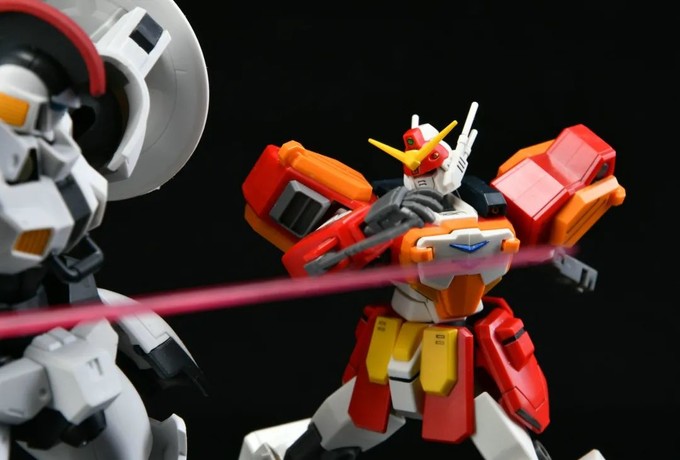 After the desert, the other W Five Xiaoqiang, the overall quality is very good, the proportions and the color separation are both excellent, and the organization is fully restored (if you don’t count the transformation of the left arm of the Antarctic Duel?). It is a great kit that is fun to make and can’t help but look forward to the follow-up product development during the game. After the heavy artillery is the god of death,ShenlongCome on, players who like W series must not miss it!

Introduce the How to make a anime GIF in VITA topic. See the article below for details. The post already has 105 and 4...

Reborn as a Vending Machine: this crazy story is now adapted into an anime

© Crunchyroll It couldn’t be crazier: in Reborn as a Vending Machine, a vending machine must save the world. Today...