In the last hours a video has been viralized that shows us a girl with a great cosplay of the goddess Aqua from the popular anime Kono Subarashii Sekai ni Shukufuku wo! (Konosuba) taking Starbucks and with a powerful RTX 3090 on the floor.

The video that has gone viral was originally shared in stories and the girl that we can see with cosplay from Aqua is the famous cosplayer Sweetieline.

Additionally, the cosplayer has a platform where you can make donations to continue making high-quality cosplays and acquire memberships that will give you access to uncensored cosplay sessions and a private zing. 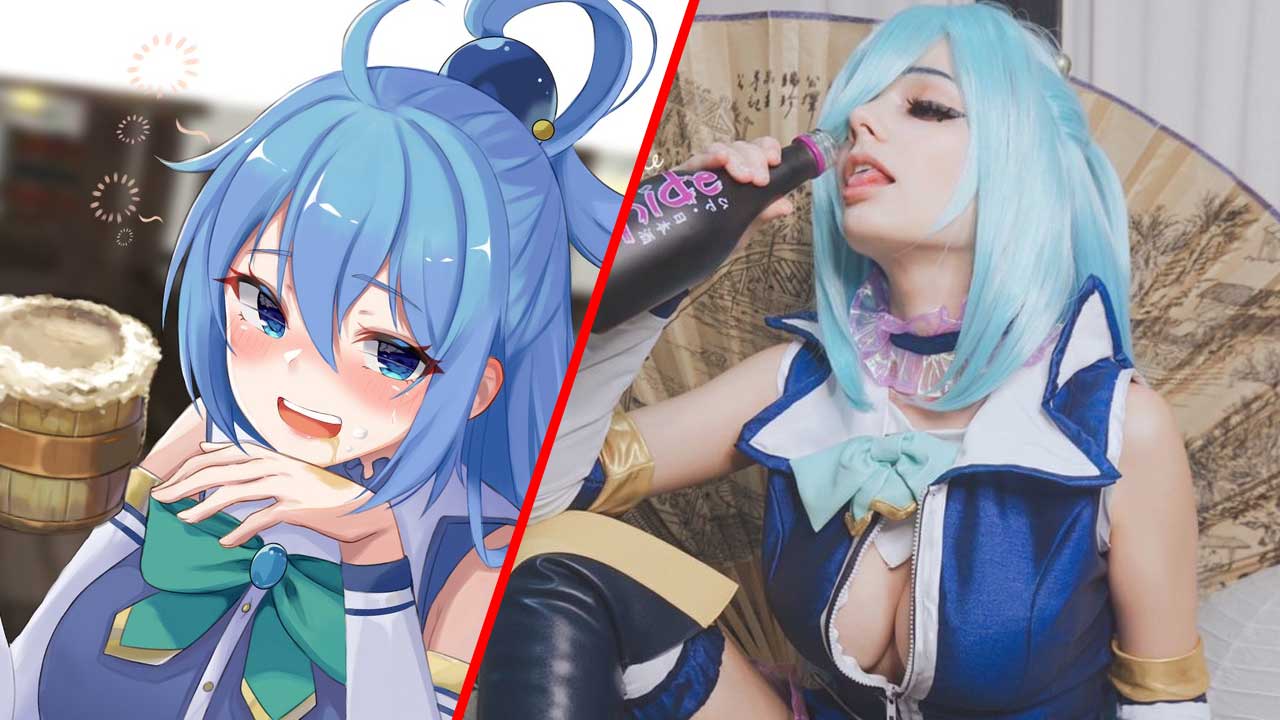 The light novel Kono Subarashii Sekai ni Shukufuku wo! Abbreviated as Konosuba! is written by Natsume Akatsuki and illustrated by Kurone Mishima, and was published for the first time on the publishing label Kadokawa Sneaker Bunko from Kadokawa on October 1, 2013, reaching its end on May 1, 2020.

In 2016, an anime adaptation that consisted of 2 seasons and a movie would be released. The animation studio Studio Deen was in charge of the production of the anime under the direction of Takaoim Kanasaki.

Kazuma Satō is a hikikomori who lives in a rural area of ​​Japan. One day, decided to go buy a video game as soon as possible, he leaves the house and on his way back he observes a girl who would be run over by a truck and does the unthinkable for him, saving her, and dying heroically. Or so he thought, since he was not really run over and died of a fright at the thought that he had been run over by a truck, which was not even a truck and was just a slow tractor that passed by greeting the young woman who did not need help, and only he pushed her violently.

His death was so pathetic that even the doctors who checked him made fun of him, his family did too, and as soon as they learned of his death they laughed. Magically, he awakens in an incredible and unknown room, in which he meets a beautiful goddess named Aqua, who offers him, after making fun of her ridiculous death, to give him a new life in a parallel and fantasy universe, in which he will have adventures. incredible, he will face terrible monsters, he will learn powerful magic, and he must defeat a demon king who is the ruler of that world, rising as the hero among heroes, for which he will provide him with a weapon, ability or object (even being) to help him on your adventure.

this Piccolo cosplay has a very powerful aura

Piccolo is certainly one of the most famous characters in Dragon Ball, the Namek we met in Italy with the name Junior by...

Leslie Barlow focuses her artwork on identity and how we choose to move in the world. Learn more about her upcoming...