September 29, 2021Anime# Astro, Amazon, robot
AI voice assistant ‘Alexa’ installed… monitoring around the house
Sales start in the U.S. by the end of this year… Price about 1.18 million won 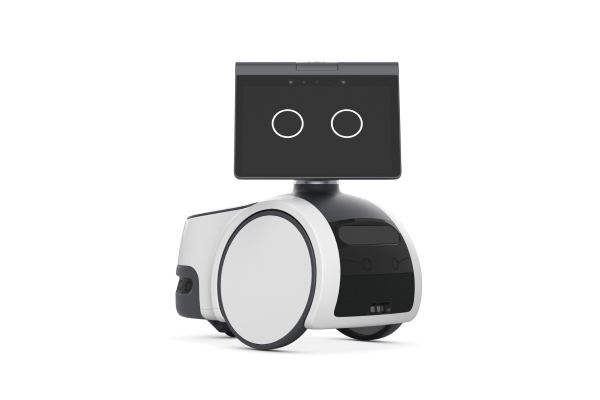 The Astro, which is scheduled to be released in the United States within this year, is a robot the size of a small dog. When the user is away, the three wheels can move around the house to monitor the condition of pets, check if there is a fire in the kitchen, and more. You can even set ASTRO to patrol regularly when you’re away.

The robot has a small display on the front of the body that displays two eyes like animation. Using the data collected by the built-in sensors, AI can automatically create a map of the house and move around autonomously, avoiding obstacles such as furniture and height differences.

By extending the camera part, such as the periscope, which is usually stored in the body, it is possible to remotely check objects in high places such as gas stoves. Users’ privacy was also taken into account, such as turning off the built-in camera or microphone, or setting a room that Astro cannot enter.

In addition, Astro is equipped with voice AI Alexa like Amazon speakers. Users can also give voice instructions to play their favorite music. At the new product presentation held on the same day, Astro danced by waving the display part to the music.

The product is first sold through an invitation system from the United States. The price is $999.99 (about 1.18 million won), and applications began to be accepted from that day. An exact release date was not disclosed, but Amazon said it expects to begin shipping later this year.

Inspired by science fiction novels, movies, and animations, Amazon has been working on the development of home robots for several years. Dave Lim, senior vice president of Amazon, who has been testing Astro at home for about a year already said, “I think that in 5 to 10 years, at least one robot will be introduced in every home and take charge of the core of our daily life.” said.

On the other hand, at the presentation on the same day, Amazon also introduced ‘Glow’, a video call terminal for children that can make calls while showing picture books underwater using a 19-inch projector, and ‘Ecoshow 15’, a wall-mountable smart speaker equipped with a 15.6-inch display. introduced

Anime 2021, here is the top 10 of the most popular Japanese openings

The Japanese site Anime! Anime! published the results of its annual survey in which its subscribers were asked about...

New trailer for Shenmue anime, we’re weeks away from the premiere

The Chrunchyroll and Adult Swim project will soon be available to all fans. We’ve known for a long time that an animated...