An interview with Go Nagai, the original story of the TV anime “Getter Robo Arc”, has arrived! Talking about the 1970s, which continued to produce hits, and manga artist Ken Ishikawa!

On this occasion,An interview with Go Nagai, who is listed with Ken Ishikawa as the original, arrives ahead of the animation broadcast on July 4th.Did!

In the 1970s, hit works by Go Nagai were produced one after another in different genres such as “Devilman”, “Mazinger Z”, “Dororon Enma-kun”, and “Cutie Honey”. “Getter Robo” was started as a work with a new concept of a united robot. “I like the characters moving and I’m good at directing actions. I always felt his talent.” The characters and stories that Nagai talks about, entrusting the manga serialization to his ally, Ken Ishikawa, continue to capture the hearts of many fans.

Go Nagai tells the story behind the birth of “Getter Robo”, which was created while worrying about it!

An interview with Go Nagai, who commemorates the start of the broadcast, talks about the time! Go Nagai talks about the 1970s, which continued to produce hits, and manga artist Ken Ishikawa!

■ Around the time of “Getter Robo”, where I worked less sleep

Nagai Thanks to the high audience rating of “Mazinger Z”, we received requests one after another. It’s amazing, isn’t it? I still can’t believe it (laughs). The number of serializations has increased, and the burden of manga work and myself has increased. I was able to do that well …

――In the midst of such a busy schedule, the “Getter Robo” project will be launched.

The Nagai project itself started with a talk between Toei Animation (currently Toei Animation) producer Ken Ariga and dynamic project Takashi Nagai. He (Takashi Nagai) is a business person (laughs), so in anticipation of the development of toys. “There are three protagonists!” That was a good feeling for Mr. Ariga. So I was told, “I’m going to do this kind of project,” but when I heard that “the three machines were united and transformed, and each had a different shape,” I wondered, “What is this guy saying?” You did (laughs). However, Toei Animation was crazy about it, saying, “I think it will be a program soon, so please do it.” In such a state, “Getter Robo” started.

–Mr. Ken Ishikawa will be in charge of the manga.

Nagai When it seemed like the anime was going to be planned, there was a story saying, “If the serialization isn’t decided, the final decision won’t come out.” In any case, I think it’s impossible to serialize because I have “Mazinger Z”. That’s why Ishikawa (Ken) was included in the design at the planning stage, so I said to Takashi, “I have to ask Ishikawa to do it,” and said, “Then I’ll try to convince you.” ..

――It seems that Getter Robo was designed by Mr. Ishikawa for Getter 1 and Mr. Nagai for Getter 2 and Getter 3.

Nagai Yes. Getter 1 was ready soon, but Ishikawa said, “I can’t make the rest.” I said, “I made one, so make it all,” but I’ve been doing it endlessly, “I can’t make it, I can’t make it …” (laughs). So I drew it on the spot. Then Ishikawa was surprised, “Well, it’s early” (laughs). Ishikawa seriously thinks about whether or not it can be combined well in reality, but he said, “Animation is a lie, so you don’t have to think about it. Even if it doesn’t match, you can mess with the picture.”

–Then, “Getter Robo” by Professor Ishikawa will start.

Nagai Ishikawa-chan can draw pictures that are close to me, and is good at directing action scenes. That’s why I said, “Because robot action is the same (with humans). I can do it because I’m good at it,” but Ishikawa-chan said, “Personal setting is not suitable for me” … (laughs). Originally, the setting of the captain of the soccer club was decided. However, he said, “I don’t understand soccer at all …” and said, “You can change it as you like. If the main character’s name and robot are the same, then do it in the Ishikawa style.” I was enthusiastic about drawing the Shonen Sunday editorial department with Ishikawa-chan. Because I had a track record of serializing “Fuma Kotaro”. That’s why I decided smoothly that I wanted to go with Ishikawa-chan, but he was the most worried (laughs). 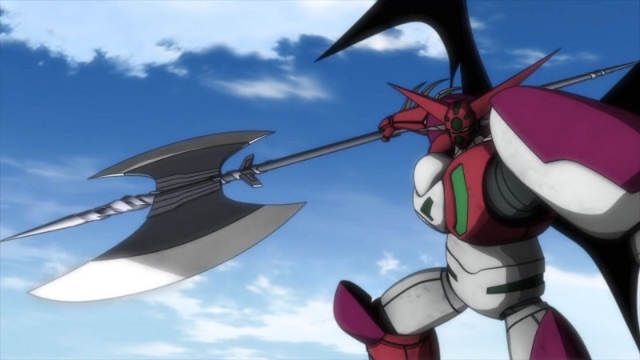 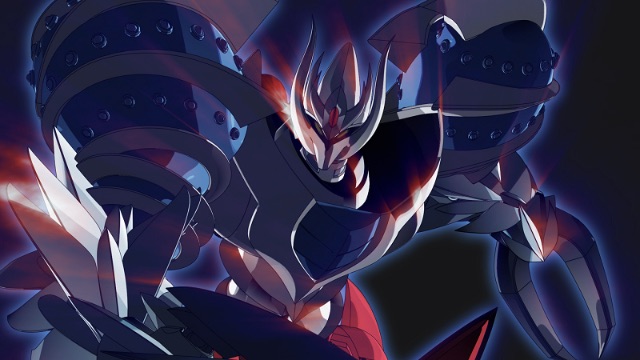 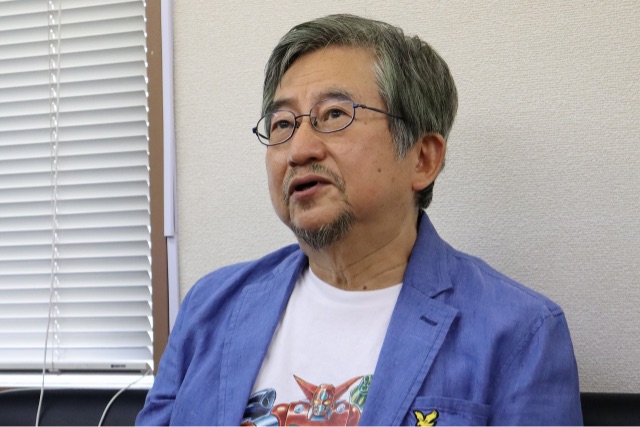 –What kind of manga artist was Mr. Ishikawa from the perspective of Mr. Nagai?

Nagai is dexterous and the brush is fast. Perhaps because I had a lot of characters drawn all the time, I was really good at mobscene. I had to bother to make and draw mobscenes myself. Anyway, I like the characters moving, and I’m good at directing actions. I always felt his talent.

――What kind of chemical reaction do you think happened when Professor Ishikawa drew “Getter Robo”?

Nagai I think that Ken Ishikawa was firmly recognized as a manga artist by editors and other publishers. Until then, even if I did serialization and one-shot, I didn’t feel that I was able to establish myself as a Manga family. The name appeared on TV in “Getter”, and I think that each publisher firmly recognized that “Ken Ishikawa, a manga artist different from Go Nagai,”.

Nagai It was like “‘Getter’ is Ishikawa-chan”, and I left the basics to you all the time. At the time of “Getter Robo Go”, I did only the character draft, but I hope that Ishikawa-chan will continue to advance the manga of “Getter”. I’m glad he made various new settings and the enemy thought about more and more interesting things in the Ishikawa style.

–Please tell us your expectations for the anime “Getter Robo Ark”.

Nagai When I was shown the preview video, I was very happy that Ken Ishikawa’s character was definitely moving. The best feeling is that I wanted to show this to myself. I wonder how happy I was. If this becomes the main story, I think I can see it while remembering Ken Ishikawa. I hope the fans will enjoy watching it.

One week left until the start of broadcasting! A countdown PV using the main video is being developed on official Twitter every day at 12:00!
<最新情報は「ゲッターロボ アーク」公式Twitter（@getterrobot_arc)check! Please follow and check! >

In the animation produced this time, Jun Kawagoe, who worked on works such as “Shin Getter Robo vs. Neo Getter Robo” and “New Getter Robo”, will be the director, and the animation will be produced by Bee Media of the OVA “Getter Robo” series and “Armored Girl Senki”. studioA-CAT is in charge. We will create a spectacular work by reflecting the characteristics of the original more strongly. In addition, Yuma Uchida will play the role of Takuma Ryu, the main character on board the new Getter Robo, Yuma Uchida will play the role of Kamui Show, and Kazuhiro Sunseki will play the role of Kazuhiro Sunseki. In addition, Hayato Jin will be played by Naoya Uchida, who also played the role in the “Getter Robo” series, including “Shin (Change !!) Getter Robo World’s Last Day” (1998-). In addition, JAM Project’s new song “Bloodlines ~ Fateful Pedigree ~” will be in charge of the opening theme of this work and will liven up the world of this work. 47 years have passed since the series was born. The screaming “hot soul” of “Getter Robo” breaks through the blockage and chaos of Reiwa.