Brittany. They dress up like their video game, movie or comic book heroes

They put on a costume, to bring to life the character of a film, a comic book, a video game or even a television series.

Sunday September 26, 2021, at 2 p.m., the exhibition center of Rennes welcomes, as part of Geek Days, a regional selection for the French cosplay cup. Cosplay is a hobby through which enthusiasts reproduce the costumes, hair, make-up of characters who usually live in screens or comics. “When registering, the participants, the cosplayers, provide a reference image and they must try to look like it as much as possible”, explains Anthony Michel, member of the France Cosplay association, which organizes the competition.

He was qualified with this Commander Jerome-092 character costume from the Halo video game. In the final he will be wearing another costume that he continues to work on at this very moment. All the pieces are in foams that he sculpts and shapes himself. © Benoit RUGRAFF

In addition to the costume, “Which they must do themselves”, enthusiasts also realize “A scenic performance, that’s the part play cosplay “, says Anthony Michel. For 1 minute and a half, on stage, cosplayers can “Dance, do a sketch if they embody, for example, a comic book character, or even reproduce a scene from a film. Depending on what their character represents, they will adapt their behavior ”. They are noted by a jury, “50% of the bill comes from the costume, and 50% from their performance”. 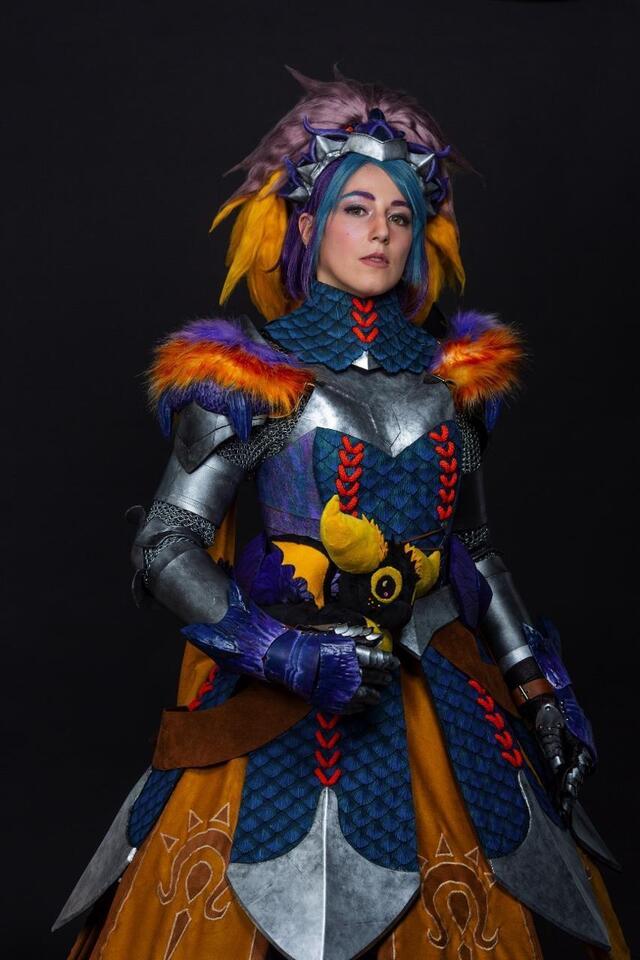 Here, Kyuti, Alex of her real name, vice-champion of cosplay. She comes from the Grand Est and her costume is taken from the Monster Hunter video game. it is a mixture of foam, fabric, and chain mail. © DR

Sometimes some participants “Take a year or two to make their costume. I’ve seen Lucky Lukes, characters from Game of Throne, Disney, or even Dragon Ball. Recently, I had someone who chose a character from a 1960s movie. People are trying to bring their character to life ”. The year 2021 marks the fifth edition of the Coupe de France of cosplay. “The winner will go to the final in Tour, in February 2023”, concludes Anthony Michel.

It is possible to register until September 22, 2021, in click here. the Geek days program here.

The Geek days, a meeting dedicated to video games, manga, cosplay, comics and science fiction will take place from Saturday 25 to Sunday 26 September, at the Rennes exhibition center.

Naruto fashion cosplay from http://fr.thereone.com. Naruto fans can’t help but notice this. Other costumes and costumes...