In the program, a mini animation “Puchimiku ♪ D4DJ Petit Mix” will also be broadcast!
Please have a look ♪ 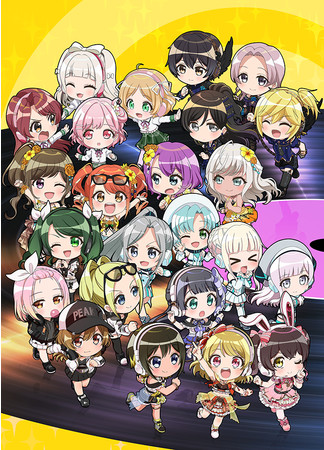 Every Friday from 23:00
Broadcast on TOKYO MX, BS Nippon Television and more than 30 stations
Delivered on YouTube “D4DJ Channel”

Media mix content “D4DJ” with the theme of “DJ”!
With the theme of “connecting”, we will deliver in various forms such as animation, games, live performances by voice actors.
A variety of music is being released, including original songs by 24 characters from 6 units and remix covers of famous songs.
Connecting a number of famous songs of the past, connecting people regardless of gender and age, connecting characters to the real …
Now, let’s connect to the new world that starts with D!

* Please include the following when posting.
【©bushiroad All Rights Reserved.】

Ichigo Kurosaki and the other characters of Bleach have accompanied an infinite number of spectators from all over the...