In the new consumption era, the consumption structure has ushered in optimization and upgrading, and the main consumer groups in the market have also changed from millennials to Z generations. With the rapid spread of information on the Internet, generation Z has a stronger interest and curiosity in new trends than the generation of parents. As a new type of industry, the hand-made market is also favored by them. Although the current hand-made industry is still only a niche market, according to data speculation, the scale of China’s hand-made market is expected to reach 9.12 billion yuan in 2023.

With the wide variety of hand-made categories, Generation Z has also begun to have more standards and requirements on the choice of hand-made. The legal protection of the hand-run is only one of the basis for selection, and not all popular original IP content can be favored as soon as it is launched. With the continuous increase in market size, market competition has also reached a fierce stage.

As a comprehensive video community with a high concentration of Gen Z at present, station b deeply cultivates the user’s psychology. With the help of strong members in the station, it can face Gen Z and understand its preferences and interests for the first time. In addition, station b pays attention to the copyright of original content, has invested in or acquired more than 20 creative companies, and vigorously supports domestic content IP in the station, so it has reached strategic cooperation with many top brands in the industry. In this context, station b launched the membership purchase project of station b in 2017. By relying on the user’s ecological model in the station, interactive voting can be conducted before the release of the hand office, and an exclusive hand office can be created based on the voting results of the users on the station, which will be sold in limited quantities.

Station b not only has the ability to transform animation IP into e-commerce, but also has successful cases in the non-anime field. Some time ago, the crowdfunding project “Cai Gou” at station b created a miracle in the industry. The amount of crowdfunding in 28 days exceeded 13.9 million, and 250,000 “Cai Gou” were sold. “Cai Gou” was originally an image in the vegetable wizard series of Japanese painter Punji. It became popular in station b through the painting video of the UP main “old shrimp”. Station b has insights into the consumers behind “Cai Gou” So he contacted Alu, the principal of the Chinese fashion brand DODOWO, who signed the authorization of the “Cai Gou” series, to cooperate with him, and took the lead in launching the explosion of the vegetable wizard series of blind boxes. 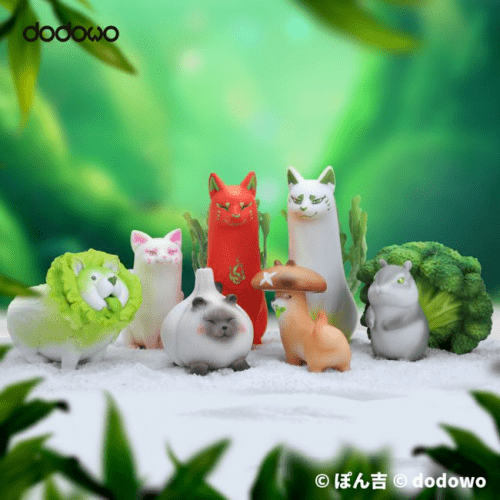 The hand-made market is about to usher in a blue ocean of tens of billions. Under the continuous development of the market, the membership purchase of station b will continue to innovate and upgrade, with the help of its own brand advantages and exclusive resources, to build a more popular e-commerce based on the needs of consumers. platform.Return to Sohu to see more