Halloween: how to make, where to get and how to best wear the costumes of the moment | The Squid game | Harley Quinn | It | Pennywise | Venom | ec stories | ARE

According to the criteria of

The most recent premiere of Venom 2: There Will Be Carnage (Venom: Carnage Released) puts the alien symbiote as a good choice for this costume season. The first part of this costume professional is a lycra suit. On top, Josué Santiago, general producer and founder of Teamsantiago explains, he has had dunlopillo muscles (high-density foam), which can be obtained at Av. Caquetá. The ‘muscles’ have been cut with a cutter to give it that slimy texture. That, added to a black and white silicone bath (in the middle). The head is a 3D printed helmet that has gone through several painting processes (first lead, then red, then details with black silicone) to give it a realistic and scary look. If you want to acquire a “replica level” costume, you can do it with Oni Hanzo (@onihanzocos on IG), one of the best cosmakers in Peru.

SIGHT: Halloween: the great theatrical proposal to “play” the living dead this October 31

One of the most beloved characters is back and twice: The Suicide Squad, by James Gunn, and the animated series Harley Quinn (HBO Max). What he sees is one of the villain’s outfits. For its preparation, Josué Santiago recommends using polinam fabrics, for maximum durability. “There are a variety of colors. The shiny tones simulate leather very well ”. You can get the fabrics and the white polo shirt at the ever-reliable Gamarra, which also sells the ready-made costume. They also offer it through Mercado Libre. As for the wig and makeup, you can go to the Kryolan store (Av. Santa Cruz 617, Miraflores) for a professional finish.

The classic horror characters could not be absent. This time with the terrifying clown in It, by Andy Muschietti (2017). For this Pennywise costume, 3 to 5 meters of taffeta fabric with red embroidery was used. You can get the material and have it done in Gamarra. Regarding the characterization makeup, the Teamsantiago producer explains that there are three phases: base, pigmented and sealed. “The latter is super important. If you are allergic to translucent dust, chuño can also be used as a sealer. It does not irritate or mistreat the skin and seals white bases very well ”. You can find costume level boots from S / 150. If you have white boots at home, you can give it the triangular finish with some red paint. There are no limits to your creativity.

Dressing up as the operatives from The Squid Game, Dong-hyuk Hwang’s series that became the most watched in Netflix history, is simpler than it sounds. You only need a fuchsia COVID-19 romper, a black strainer, black latex gloves, a black belt or strap or the darkest you have at home, masking tape for the symbols of the ‘masks’ (circles, triangles and squares) or a can of white paint, and black sneakers or boots. You can get it in the market closest to home or stores like Sodimac and Home Center. //

* Mass parties are not allowed, but family gatherings (and discotheques with authorization and capacity), yes, as reported this week by the Ministry of the Interior.

READ ALSO: The most traveling Peruvian family on the Internet and their 11 tips if you plan to go to Disney

EYE TO THE DATA

The Teamsantiago team (www.teamsantiago.pe) performs daily cosplay experience presentations at Hollyfood Peru (Av. La Molina 1102). There you can see Venom, Harley Quinn, Pennywise and other characters from the world of Marvel, DC, Disney and more. 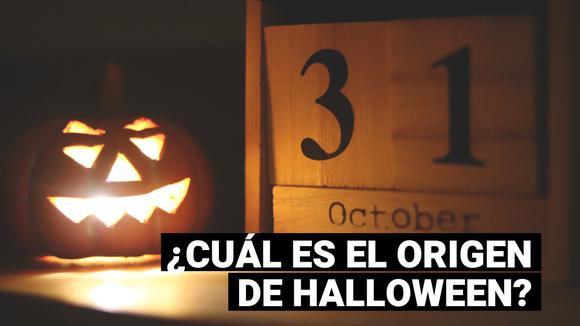 Although currently it is a day of costumes, sweets and children. Find out here about the history surrounding the origin of this celebration. null