Introduction:Jiewai Animation is probably one of the few animation companies with positive growth in net profit and revenue. In 2020, Jiewai Animation’s net profit increased by 214.58% year-on-year, and the net profit exceeded 40 million yuan. The epidemic did not affect the company too much. At the same time, the company’s revenue and net profit have achieved certain growth.

The net profit for shareholders increased by 214.58%, which was due to the increase in profits brought about by the increase in the company’s operating income, and was mainly due to the equity incentives of the company in the previous period, which incurred a share payment fee of 18.6515 million yuan.

Jiewai Animation can be described as a domestic head animation product copyright agency. In terms of quantity and scale, the three major Japanese animation agencies in the country are Lingbang International in Hong Kong, Kapok International in Taiwan, and Jiewai Animation in Mainland China. JY Animation (JY Animation) was established in 2010. It can be said that it is the first domestic agent to introduce Japanese animation, from “Doraemon”, “Crayon Shin-chan”, “Pokemon”, ” Famous Japanese IPs such as “The Prince of Tennis” and “Astro Boy” began to gradually expand the animation program library, and also introduced “Cute Qiaohu Island” by the exclusive well-known preschool IP brand Qiaohu.

At present, Jiewai Animation has formed the current operating mode “distribution + authorization + IP operation” from the initial introduction of foreign animation film distribution. In addition to acting as an agent for Japanese, European and American animation, the company has also participated in the investment and production of “Yesterday’s Song”, “The God of Cooking” and many other copyrighted animation works, such as “The God of Cooking”, an animation from October 2019. Since the first quarter went online on major platforms, the cumulative broadcast volume of the entire network has exceeded 200 million.

In addition, Jiewai Animation also owns the commercialization rights in China for famous international IP such as Sakura and Kumamoto. At the same time, Jiewai Animation has two subsidiaries, one is Jiewai Zhihui (Tianjin) Animation Technology Co., Ltd., which produces cartoons that children love, such as wonderful animals, wonderful ancient creatures, magic classrooms, dragon fighters, skins Piru Agent Team and many other works. The other is Jiewai Culture, with IP content research and development as its core, acting as an agent for cultural institution IP, museum institution IP, and domestic and foreign animation IP.

From the perspective of the company’s development from 2017 to 2020, the company’s revenue in 2019 was 143 million yuan, a year-on-year decline of 32.23%. The total operating income from January to December 2020 is 188 million yuan, a year-on-year increase of 31.39%. Although the company’s revenue has achieved a certain increase in 2020, the company still faces some problems in its future development. On the one hand, it comes from the uncertainty of national policies. In 2019, due to the “Regulations on the Introduction and Dissemination of Overseas Audiovisual Programs (Consultation Draft)” issued by the State Administration of Radio, Film and Television, its video authorization dropped by 35.83% in the afternoon. On the other hand, it was accompanied by the rise of Guoman and the domestic The video platform party can skip the agents to purchase foreign copyrights, and further squeeze the living space of the agent enterprises, which restricts the development of the company.

In addition, Jiewai Animation was listed on the NEEQ on February 24, 2016, and the IPO road was terminated in 2019. At the same time, Jiewai Animation submitted the guidance and filing materials to the Beijing Securities Regulatory Bureau on January 12, 2021. The company is currently accepting Essence Securities. Counseling of a company limited by shares.

Article Source: Observation of the Maternal and Infant Industry

Copyright Notice:For reprinting original articles of the Maternal and Child Industry Observation, the source of the article and the name of the author must be indicated. Please contact Kaibai Assistant (WeChat ID: zhangxiaoxian1015) for reprinting the official account. Violation of reprinting law must be investigated. 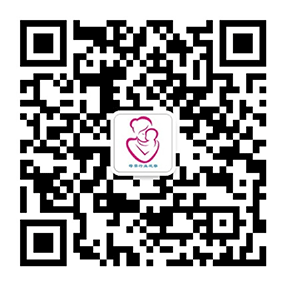 While Shueisha’s Weekly Shonen Jump publication may be on hiatus this week, big-name series leakers have posted...