“Low Angler” that disturbs the order of Comiket Cosplay Square. Their appearance in this Comiket … 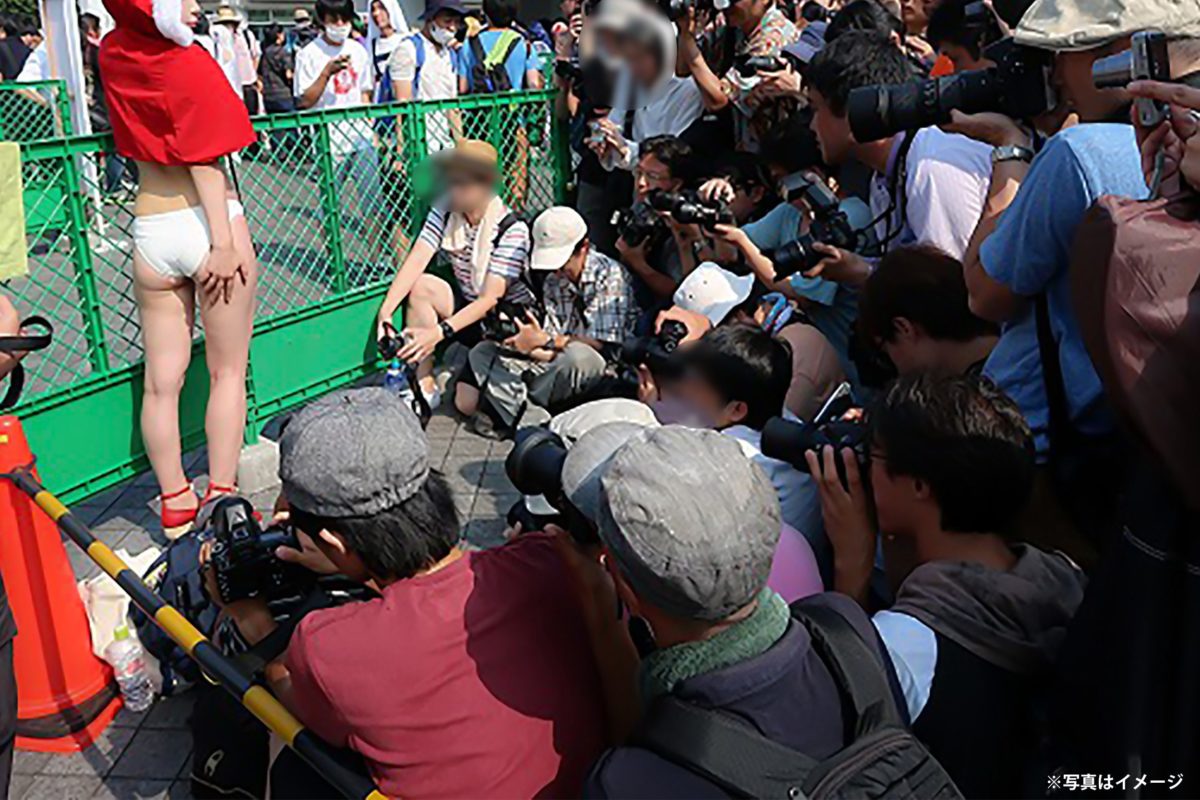 The otaku festival “Comic Market 99” (hereinafter referred to as “Comiket”) was held at Tokyo Big Sight on December 30th and 31st. Speaking of Comiket, the cosplay plaza is one of the specialties, but the bad “low anglers” who disturb the order of the cosplay plaza every time are …

■ Low angler lurking in the venue

A low angler who has been swearing at the cosplay venue in recent years. There are roughly two types, the general public who tries to take pictures from a low position (low angle) where underwear can be seen for his own desires, and the trader who is also in the field to shoot videos of underwear and crotch. Refers to a video camera. First of all, the former ordinary low angler was not seen this time.

The problem is the latter trader low angler. This is a video shooting group that is attended by the general public, and is a person who shoots the crotch and chest up without permission, connects the videos, makes it into a video site on the Internet or DVD software, and sells it. They usually appear in events where race queens and companions appear, but they also appear in Comiket.

Reporters have witnessed a group of 5 to 6 people who are fixed and visit the site every time. Cosplay Square is a place for cosplayers to interact with general photographers, but they are characterized by wearing sunglasses, deep hats, and clothes that do not hide themselves, and of course they are recognized by cosplayers such as greetings and conversations after shooting. Do not take any action to try. 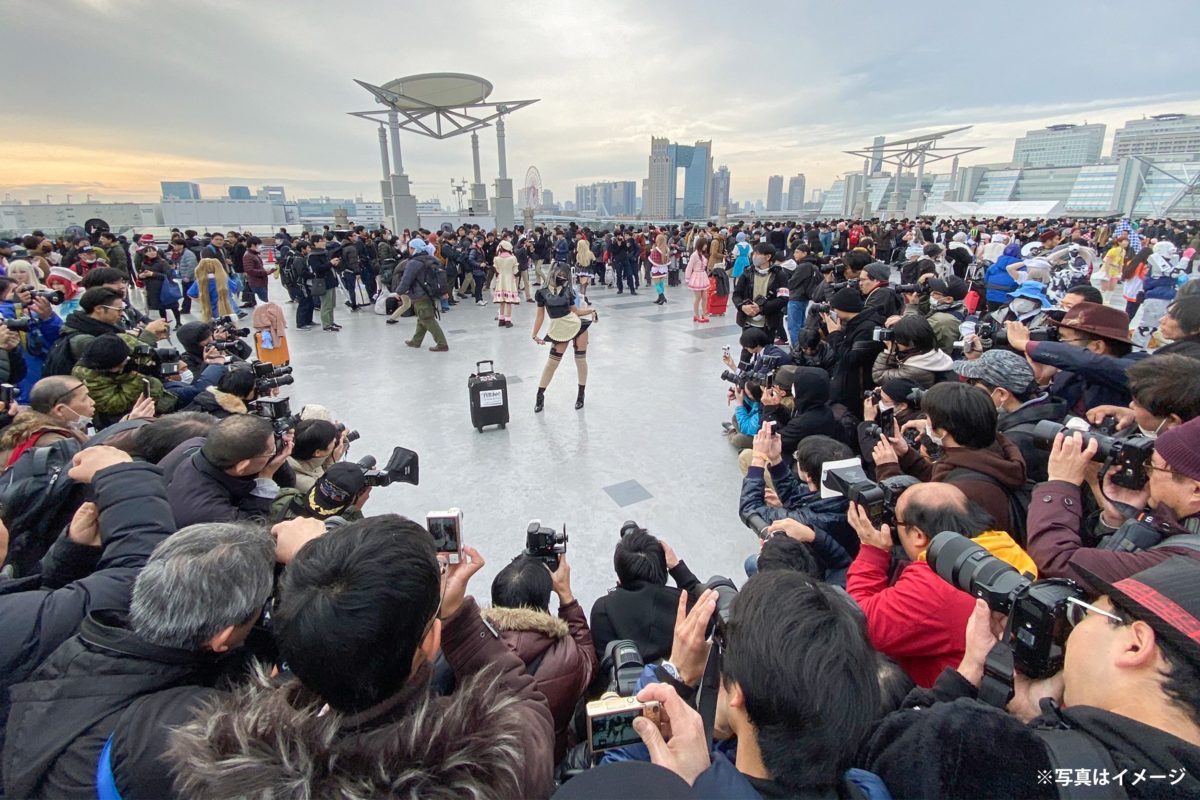 The equipment is different from other cameramen in the first place. While most of the venue is occupied by photographers with photography equipment, they only have video cameras. In this Comiket as well, there were some hit-and-away tactics in which the cosplayers were lined up in a queue, shooting at the cosplayers’ chests and groins, and leaving the line before their turn.

Also, the so-called “enclosed shooting”, in which a semicircle is drawn around one cosplayer and taken all at once, is often seen in Comiket, but this is the moment when the low angler is waiting. It is an opportunity to turn the video aiming at the gap of the model, and there is also a role of a low angler negotiator who dares to negotiate skillfully with the words “Why don’t you enclose it because it takes time in a line?”

If it becomes a box, the group will gather at once. It is a common practice for one person to lean forward and the partner behind him to shoot his hips up. In this Comiket, there was almost no surrounding photography due to infection control and a decrease in the number of people, but this scene will not be unusual once it returns to normal holding.

advertisement A surprise My Hero Academia has revealed a whole new look for Izuku Midoriya! As the final act of My Hero...