Netmarble and Krafton’s mobile games took the top spot in the global mobile game sales rankings last month. Netmarble’s ‘Second Country: Cross World’ (hereinafter referred to as the Second Country) ranked 3rd in global sales within 20 days of its release. The stock market predicted that the game would generate more than 200 billion won in sales this year.

According to Sensor Tower, a global mobile app analysis company on the 21st, Krafton’s ‘Battleground Mobile (distributor Tencent)’ and Netmarble’s second country ranked second and third in mobile games with the most sales in the world last month.

PUBG Mobile maintained the second place in global sales in June following last May. It should be noted that this is the first entry into a second country. The second country, which Netmarble launched in five regions including Korea, Japan, and Taiwan on the 10th of last month, climbed to the top of the global sales rankings despite only 20 business days being reflected. Last month, the game ranked 3rd in sales on global Google Play and 7th in sales on Apple’s App Store. It also achieved 1st place in sales on Google Play in Korea. 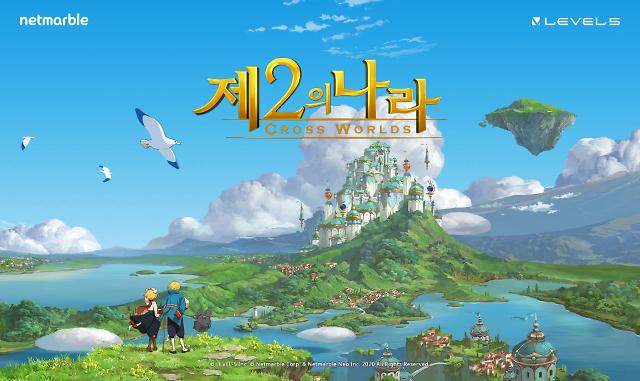 Securities analysts predicted that the second country would record 232.4 billion won in sales this year. When converted to daily average sales, it is about KRW 1.1 billion, similar to NCsoft’s popular mobile games ‘Lineage M’ and ‘Lineage 2M’.

The second country is a game that ported the IP (intellectual property rights) of the game ‘Ninokuni’ made by Studio Ghibli and Japanese game developer Level Five to mobile. It is evaluated that it has attracted users who are not familiar with the RPG (role-playing game) genre by applying cartoon rendering graphics that are familiar to both men and women of all ages. In fact, according to the mobile big data platform mobile index analysis, the proportion of users in their 20s in the second country was 33.1%, the highest among all age groups, and the proportion of women in total users reached 44.2%. There is a difference from competitors’ MMORPGs that target male users of the 30s and 40s.

A Netmarble official explained, “We have lowered the hurdles of the RPG genre with popular graphics like Ghibli animation and storytelling-style content.”

Meanwhile, the game that generated the most sales in the world last month was Tencent’s ‘The Prince’s Song’. Battlegrounds Mobile, which took second place, recorded a total of $258 million (about $ 296 billion) in sales last month. This is an 11% increase compared to the same period last year. It was found that 53.3% of PUBG mobile sales came from ‘Hwa-Pyeong Jeong-Young’, a localized version in China.