Monthly Shounen Magazine and Anime Official Site “Clear sound” (Mashiro no Oto) presented a new teaser, new voice actors and announced the release date of the series. The first episode will air on April 2, in the Animeism programming block.

The series will have two openings, Blizzard and Ginsekai, both performed by the Burnout Syndromes (the first opening of Doctor Stone). Miriya Kato and the Yoshida Brothers duo (opening opening of Jibiate) will perform Kono Yume ga Sameru Made for the ending theme. The Yoshida Brothers will also oversee the performance of the tsugaru-jamisen music.

The shamisen is a traditional Japanese three-stringed musical instrument with a fretless neck. Setsu Sawamura’s grandfather, who raised him and his older brother Wakanu, recently passed away. He was one of the greatest shamisen performers, and the brothers grew up listening to his music and also learning to play the instrument. After the death of his grandfather, Setsu dropped out of school and moved to Tokyo. I didn’t do anything except play the shamisen. And at this moment his rich mother, Umeko, who worked abroad, appears. She again sends Setsu to school, and he does not yet know that there the passion for playing the shamisen will flare up with renewed vigor.

Marimo Ragawa (“The Kid and Me” has been publishing the manga in Monthly Shounen Magazine since December 2009, when the one-shot of the same name was released. Full serialization began in April 2010. Volume 27 will be released on March 17. The total circulation of the series exceeds 4,000,000 copies.

Ranked Kono Manga ga Sugoi! (“This manga is great!”) For 2012 by Takarajimasha, the manga was ranked 3rd in the male reader category. In the same year, the manga won the Kodansha Publishing Award for Best Shonen Manga. 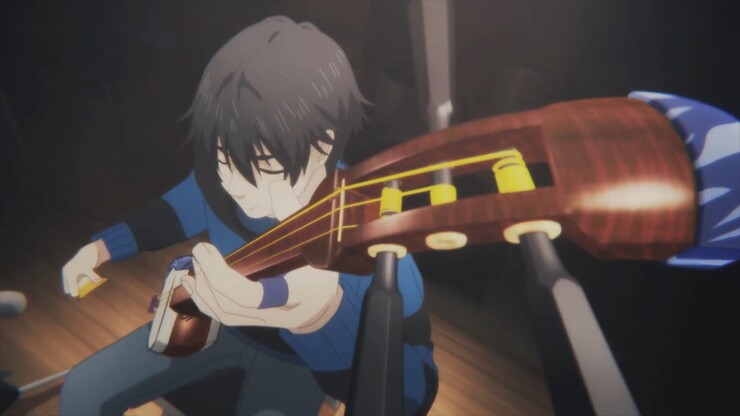 From the anime “Mushoku Tensei-If you go to another world, you’ll be serious”, the pre-cut and...