The players from G2 Esports do everything to make the new signing Rekkles feel at home, Schalke 04 shows a strong performance, but the Knappen fans still don’t know how to feel and the LCS pros Svenskeren and Jiizuke have to look after theirs Afraid of accounts: the best Reddit comments from last weekend in the LEC and LCS.

Last week the LEC fans started a project in which they want to accurately determine the champion pool of Sergen ‘Broken Blade’ Celik. After FC Schalke 04’s victory over SK Gaming, in which the top laner had a few good moments, the cautious fans were one step further. 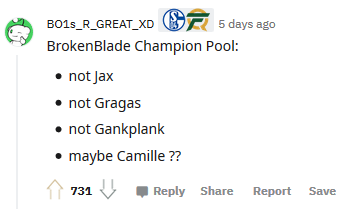 G2 Esports successfully solved the compulsory task against Astralis on Friday, but made a few mistakes and unnecessary deaths, in particular Martin ‘Wunder’ Hansen and Mihael ‘Mikyx’ Mehle. For Martin ‘Rekkles’ Larsson this could also have just been a touch of home. 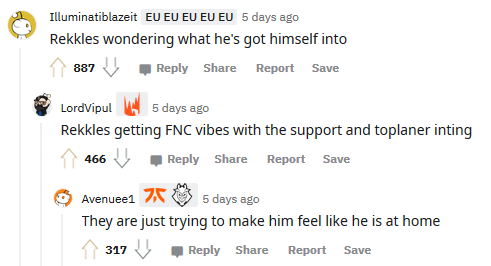 On Saturday, however, Astralis saw Excel Esports as a much easier task on paper. Nevertheless, the team had to admit defeat in a game on an extremely manageable level and with little action (four kills in the first half hour). Is that enough to be called a “competitor”? 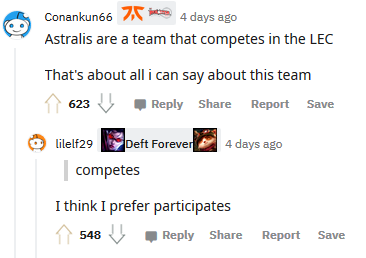 Other fans, however, took the game too much to heart …

The dream of a possibly perfect regular season for G2 Esports was already over on the second day of the second week of the game. Schalke 04 inflicted the first bankruptcy on the defending champion with an impressive performance.

However, it quickly becomes depressing for S04 fans when you realize that the LEC team has already won more victories in the current season than the soccer team in the Bundesliga.

The victory over G2 Esports provided an important update for the Reddit project “Broken Blade’s Champion Pool”. Even shaky seconds on level 1 couldn’t change that. 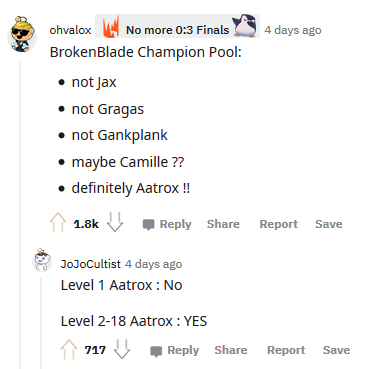 On the other hand, a certain trend from the previous day continued on Saturday. Mikyx definitely didn’t have his best day in the LEC with a stat of 0/7/5, but since it was all about making Rekkles feel comfortable, he shouldn’t be judged too harshly.

While the Swede was thinking of his longtime lane partner Zdravets ‘Hylissang’ Galabov, Leona (1/8/9) obviously pursued a very simple and understandable motto in the game against the MAD Lions.

The encounter was extremely entertaining for spectators. In just over 35 minutes there were a whopping 50 kills and until shortly before the end it was not really clear who would win. Fnatic had to admit defeat, but maybe the players were pursuing a goal for the common good.

While some teams in the LEC have yet to get going, the first title of the year was played over in North America at the weekend. The 100 Thieves threw away a 2-0 lead in the first semi-final of the LCS Lock In against Cloud9. They know from somewhere four former pros of the Golden Guardians feel that way.

In this series Jesper ‘Zven’ Svenningsen was able to look forward to a great success: The Dane from Cloud9 managed a Pentakill with Miss Fortune in the last two games in the series. There is still speculation about the motivation. 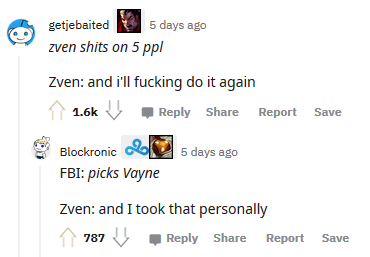 In the other semi-final between Team Liquid and the Evil Geniuses, the matter was much clearer. Except for a few scenes in the early games, EG hardly got anything. Dennis ‘Svenskeren’ Johnsen and Daniele ‘Jiizuke’ Di Mauro could, however after this action face additional problems …

In the grand finale, Cloud9 started the next reverse sweep, but was stopped in time by Team Liquid. And which champion looked particularly good in this crucial game?

Right: Udyr. The champion, of all people, who, after many years of insignificance, has been seen on a regular basis for a few weeks and will receive a rework in the coming year. Somehow that would have fitted into 2020 very well. Should we be even more afraid of 2021? 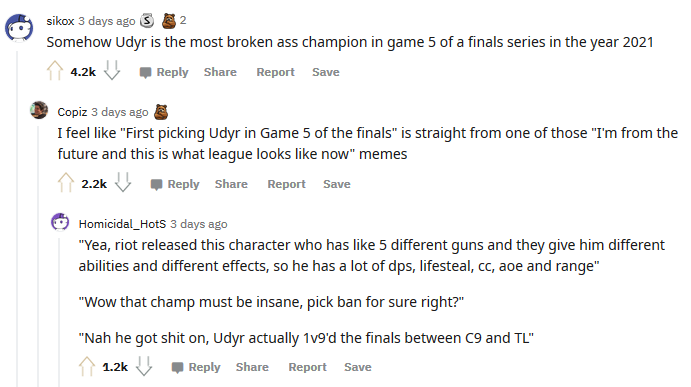 You can find the last 10 editions of the best Reddit comments here:

Yverdon: music at the heart of the Numerik Games

The Numerik Games return under the sign of music in the heart of the City of Yverdon from August 26 to 28 (archives...