With the advent of the Lunar New Year, more and more car companies are reviewing and summarizing the major events of the brand in 2020 on the one hand, and on the other hand, they are all working hard on the marketing of the new year gear, so that people can even in the winter under the epidemic. Feeling warm.

In this issue of the article, Xinbaojun and Xiaopeng Motors have launched joint gift packages, GAC Mitsubishi cross-border well-known animations, and we are pleased to see the official announcement of “American Malaysia” immigrating to China, and Geely Xingrui continues its live broadcast marketing campaign. Reverse operation of C11 in Zero Run.

It can be seen that whether it is foreign investment, independent, joint venture, or new power, the new marketing characteristics of each new year are beginning to emerge.

According to Chinese tradition, this year is the year of the ox in the Chinese lunar calendar, a symbol of diligence in Chinese culture. But in Ford’s view, they claim in the new poster that 2021 is the “Chinese Year of the Horse”. At first glance, I thought this “American spirit guy” didn’t fully understand Chinese culture. It turned out that there was something else in this matter.

On January 28, Ford released a poster in which a blue line outlines a galloping horse’s head with the words “Made in China”. In fact, the real purpose of the brand is to officially announce that the Mustang-Mach-E, the first pioneer pure-electric SUV under its 57-year-old legendary model brand, will usher in domestic news.

Below the poster, Ford also gave a concise introduction to functions such as body size, battery life, design, performance, and intelligent driving, so that users can experience the product information of the “domestic electric horse” in advance.

Ford chose to release domestically produced information before the Chinese New Year, and used seemingly wrong information to attract users’ attention, which not only satisfies people’s curiosity, but also achieves the purpose of dissemination.

In terms of the program arrangement, Yan Yupeng from “Everybody’s Chess Speech” opened with a full-scale evaluation of Xingrui’s bullishness; Wu Pei of “Wu Pei Channel” carried out a horizontal comparison test between Xingrui and competing joint ventures; the monkey of “The Monkey Says Car” Brother and Xiao Gang from “Xiaogang Senior” started the in-depth car chat mode; Brother Tiger from “Hu Ge said the car” and Nan Ge from “Nan Ge said the car” took users to visit 4S stores and online cloud together. After mentioning the car, the whole Solitaire live broadcast ended with the topic of “Car Ruo First Seen” by Chu Xiaomin in the topic of car chat in the late night car wash in the recent fire.

Since last year, it has become a trend to invite KOLs from the car circle and outside the circle to broadcast live talks about cars. Geely Xingrui, which aims to provide users with the value of a “super-large cup”, has been on the rise in sales since its online release to the market last year. At the beginning of this year, the brand continued to invite KOLs to talk about cars on Douyin. On the one hand, the traffic of the entire live broadcast market and KOLs are still concentrated on the short video platform. KOL Live said that cars can use a more mature marketing model to spread Xingrui’s heavyweight. Pound products, on the other hand, can also drain the brand’s official Douyin account.

As we all know, last year SAIC-GM-Wuling not only used high-quality marketing activities to get itself out of the circle, but also played cross-border marketing when it launched Hongguang MINIEV, boosting sales growth. As a result, his brother, the new Baojun brand, also began to learn from the Wuling brand. 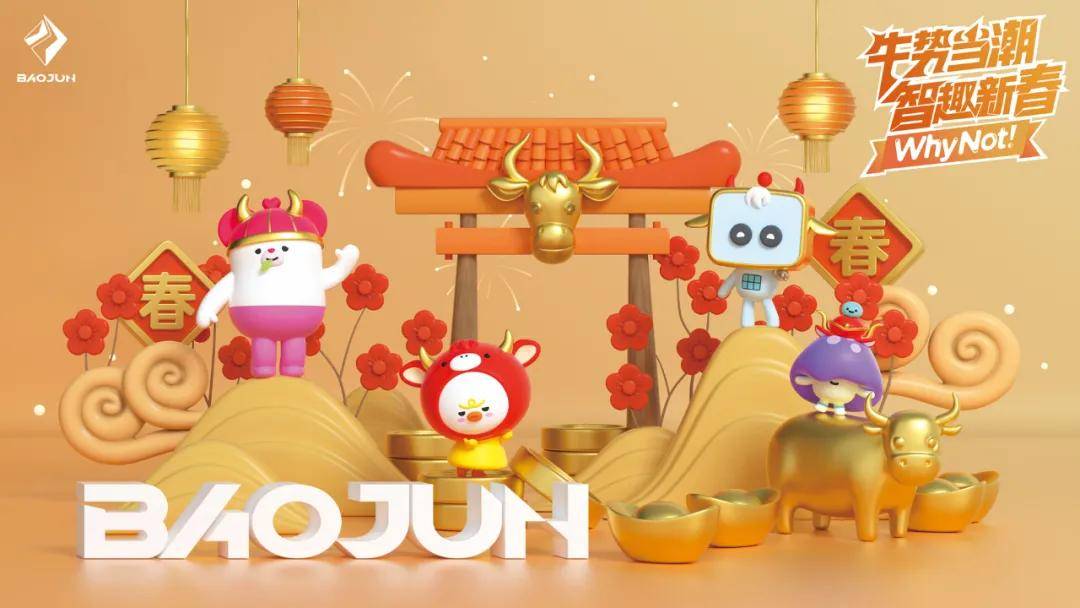 On January 29th, Xinbaojun released four blind boxes for dolls named “Xinbaojun Bullish Tiantuan” and a promotional video. The cute dolls in the video are full of cow elements in design, and they are lined up. After passing the bun shop and gym with strong New Year’s atmosphere, I stopped in front of the four products RC-5, RM-5, RS-3 and RS-5. The official announced that they “hand in hand” Egglab’s trendy IP-Y- NUTS, opened the first cross-border wave of play.

As Egglab’s first IP character, the four members of Y-NUTS, GOO, Y, PINK, and 36-9, have distinctive and exciting appearances, personalities and their respective stories. Xinbaojun and Y-NUTS have adopted “Why not” as the slogan, with a young attitude, open vision, firm belief, and spirit of exploration, to give the brand a new and young image of smart, fun, and fun.

From January 18th to 24th, GAC Mitsubishi Outlander released a “mysterious silhouette” on the M-SPACE APP, which caused fans to speculate. Excellent users not only guessed the correct answer, but also played a wave.

On the following 25th, the brand officially announced that the real identities of the silhouettes were the two brothers of Xiong Daxiong and Bald Qiang from “Bear Infestation”. It turns out that the “Bear Infested Wild Continent” movie is about to be released on the first day of the New Year. As a partner, GAC Mitsubishi Outlander will also work with the movie to bring more joy to users during the Spring Festival. 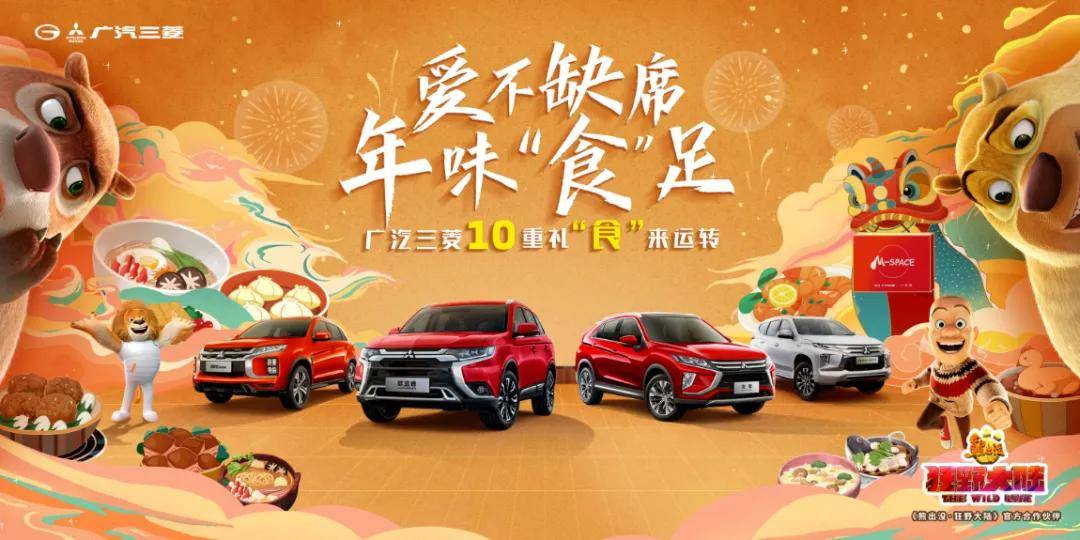 The urban home SUV Outlander and the animated film “Bear Infested Wild Continent” and the “group CP” are not only unexpected surprises, but also reasonable creativity. One is a car that is favored by family users, and the other is a family carnival cartoon that is suitable for all ages. The cooperation with popular cartoons can not only help the brand expand the influence of users of different age groups, but also strengthen the product to satisfy those family Car-based users.

If car brands are to be trendy, they still have to work with art.

On January 27, with the arrival of the New Year, Xiaopeng Motors and Winnie Chi, an artist inspired by bold colors and Eastern philosophy, launched a cross-border collaboration and launched the XPENG x Winnie Chi Spring Festival joint limited gift box. 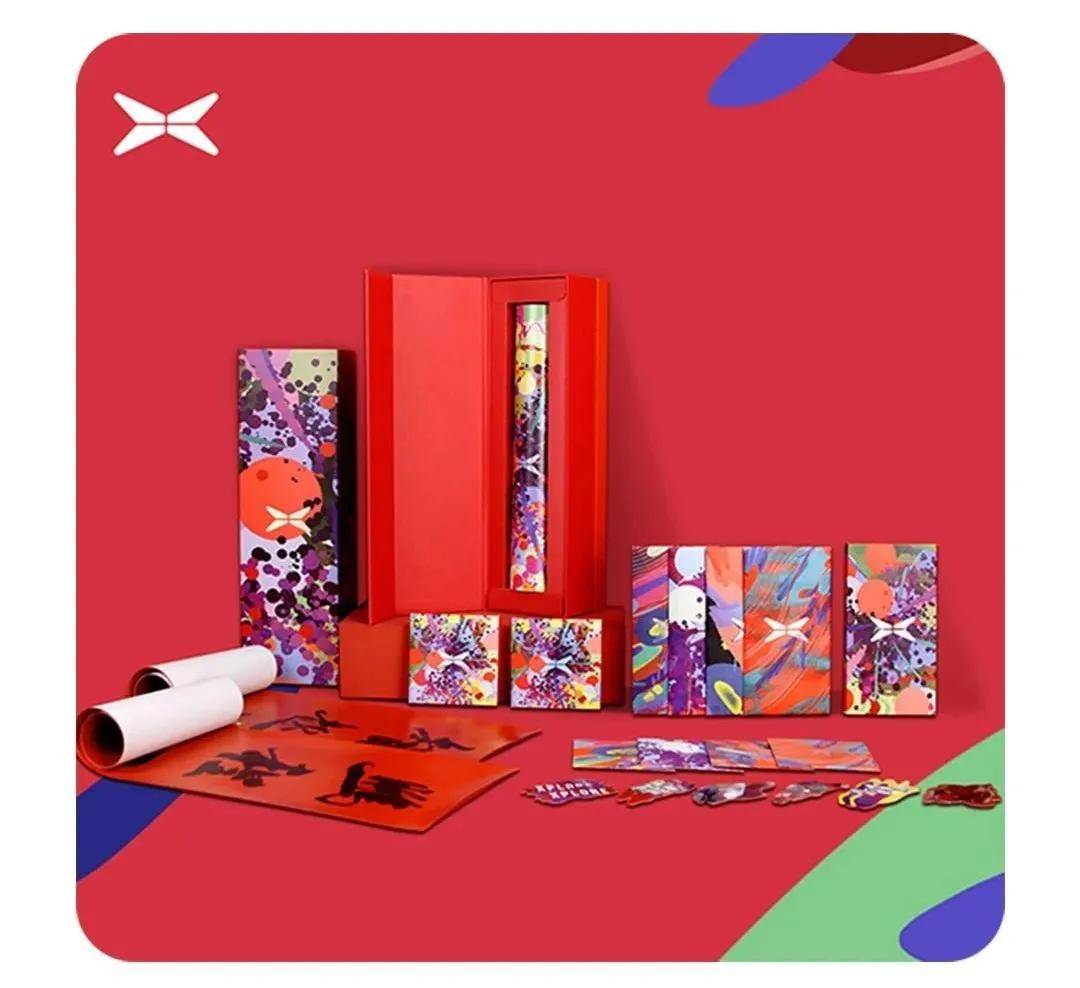 The gift boxes are divided into “XPLORE New Year Gift Box”, “XPLORE Trendy Table Game Gift Box”, “XPLORE Super Satisfaction Nut Gift Box”, and “XPLORE Micro Drink Gift Box”. The content of the gift package is naturally the Spring Festival couplets, red envelopes, playing cards, flying chess, nuts, and drinks that every household must have during the Spring Festival, but the difference is that the design of the gift box has become bold and eye-catching due to the joint cooperation. , Adds a cool color to the brand.

Currently, the XPENG x Winnie Chi Spring Festival limited gift box has begun to be sold in the brand boutique mall, and car owners can get it with points or direct purchase.

Unconstrained art can often give people endless imagination. Trying to cooperate with the artist Winnie Chi, who dares to use color boldly, also reflects the brand’s unique insight.

Zero Run Auto: Are you interested in the position of “Chief Critic Officer”?

Unlike previous operations such as recruiting partners and brand co-creation, the tactics of auto companies to recruit “chief critics” are really interesting.

On January 25, the external officer of Leap Auto announced the recruitment of the next CCO-the chief critic of the brand. Faced with users who pay attention to the Leaper C11, Leaper knows that they have too many fancy suggestions and criticisms about the product. For this reason, the brand also uniquely invites users to speak in the Leaper APP community and opened the “Chief Critic Officer” With the registration channel, selected users may also have the opportunity to participate in witnessing the birth of Zero Run C11. 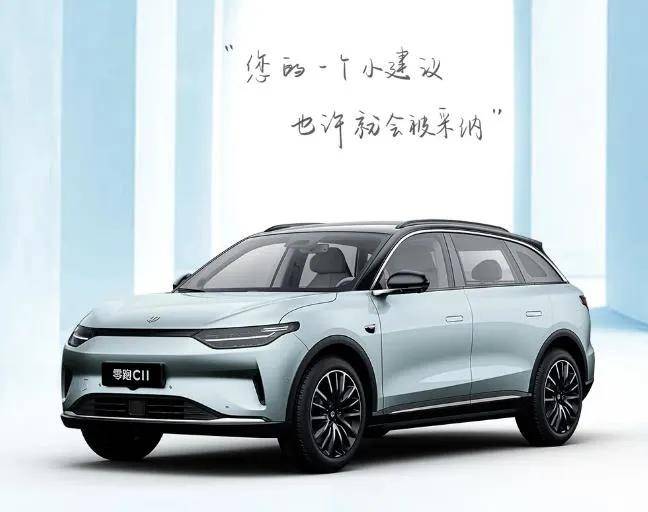 At the same time, the brand also announced in the first phase of the Chief Critic Officer that three subscribed users were the first officially certified “Chief Critic Officers” to directly engage in dialogue with the zero-run team and put forward their own ideas and criticisms.

The Spring Festival travel season has started, and many people are still struggling between returning home and not returning home. In order to allow users to travel more safely and conveniently during the holiday season, AutoNavi Maps previously launched the “2021 Warm Spring Plan”, launching a number of products and services such as heart warming to help the elderly, heart warming navigation, heart warming technology, and heart warming benefits.

On January 28, the navigation voice package created and recorded by Zhu Guangquan, the “rhyming madman” who had been popular because of the live broadcast of the goods, was finally officially launched amidst thousands of calls.

I have to say that the strength of a national-level joke is really not covered. The prompt voices of the eight driving scenes not only exude a profound literary quality, but also a hint of humor in the prompts. For example, “fasten your seat belt. Look at this seat belt. It is long and wide. No matter how clever your taste is, you will feel that you are particularly high-end after you wear it.”, “No speeding all the way, everything is just right, and travel is reliable. , You are really cool!”

This time, Zhu Guangquan’s heart-warming navigation voice package is a special recording of AutoNavi Maps, together with the Transportation Administration of the Ministry of Public Security and Zhu Guangquan for the New Year’s heart-warming New Year. It is part of the brand’s “2021 Warm Spring Plan”. For a long time, AutoNavi Maps has been updated on the navigation voice package to be particularly grounded and understanding users. This time, with the help of CCTV’s celebrity Zhu Guangquan’s humorous talents, I believe it can help the brand gain a wave of brand favorability.Return to Sohu to see more

“Mob Psycho 100” season 3 finally has a release date – get ready for fall!

Ads Spoiler Alert: This article contains spoilers for Mob Psycho 100 seasons 1 and 2. 2022 was another exciting year for...

Introduce the How to make a anime GIF in VITA topic. See the article below for details. The post already has 105 and 4...