The best anime for your children

As the pandemic forces us to stay at home, and the school holidays approach, here is our list of the 5 best animated films on Netflix, to occupy your children, toasty on the couch, while making them think.

Adapted from a homonymous comic book, this film tells the daily life of a young girl living in a working-class neighborhood in Ivory Coast in the 1970s. The heroine, Aya is an independent young woman with a very full head, who likes to read and study, who would like to free themselves from social determinism and prejudices to become a doctor.

The dialogues and illustrations sublimely introduce Africa from the 1970s. With a lot of humor and pretty messages, this film is a tender journey to savor in the heart of the Abidjan district of Yopougon, Yop City, as these inhabitants call it. A district between tradition and modernism where young people oscillate between African hope and Western dreams. Very sunny, this animated one has many adventures in store and its characters are very endearing.

The film is directed by the creators of the comic strip, Marguerite Abouete and Clément Oubrerie, and it is Aïssa Maïga who lends her voice to the young heroine. 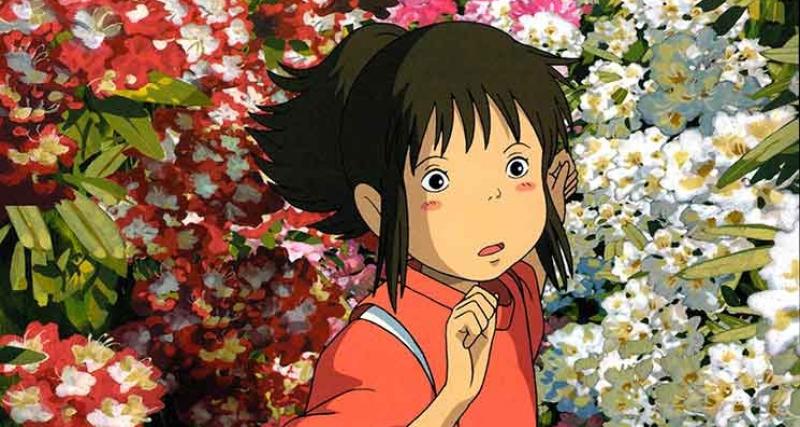 Spirited away is a poem in images, a tender epic and a philosophical tale. This is an initiatory journey intended for young people.

Hayao Miyazaki in this film tells the story of Chihiro, a 10 year old girl, a spoiled and capricious little city dweller who travels by car with her parents on the way to their new home. Along the way, his father takes the wrong direction. The family goes through a huge tunnel and ends up in an abandoned amusement park. The disturbing atmosphere turns into a nightmare when Chihiro’s parents, for having fed on food, are transformed into pigs. The little girl will discover a fantastic universe populated by monsters, ghosts and ancient gods vacationing in a huge bathhouse ruled by a witch.

Spirited away marks a voluntary turning point for its author, it now anchors its story in a purely Japanese imagination, a sort of homecoming for the artist, whose deeply political work tries to resist the Americanization of the culture of his country. 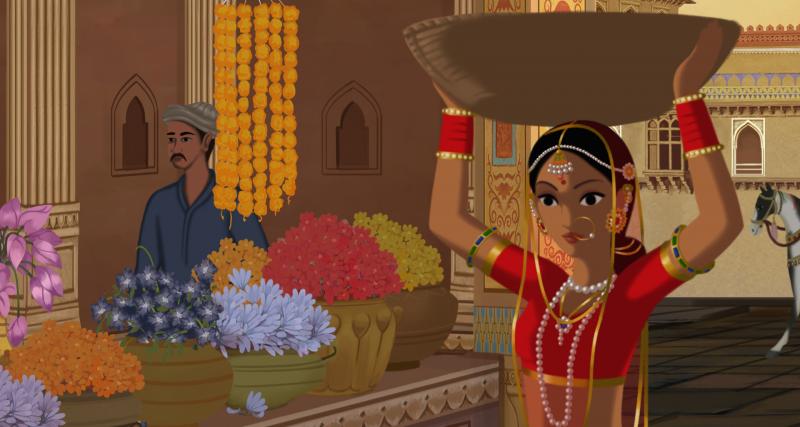 Kamala, 21, is a migrant from Madhya Pradesh living in Bombay. She lives in a cabin on the beach in Juhu with her paralyzed grandfather and younger sister. Kamala has to pay for her little sister’s schooling, and leads a double life, selling jasmine flowers by day, and dancing in a cabaret at night, operated by her boss. Awarded in many festivals, this film tells how, to avoid a marriage while she is still a child, a young girl must choose between the sustenance of her family and the love of her beloved.

In this film we are plunged in the middle of the misery and the incessant din of the city, between automobile traffic and the police who track down illegal child labor, but re-enchanted by the overflowing imagination of the director and the beauty of the film, where each colored plane seems to be a living painting. A tale haunted by false dreams of Bollywood, Gitanjali Rao’s animated film, inspired by real events, seizes the clichés of Indian society to reveal another reality, and illustrate the cruelty of a society in which stories that we see in the cinema can destroy the most fragile.

KIRIKOU AND THE WITCH 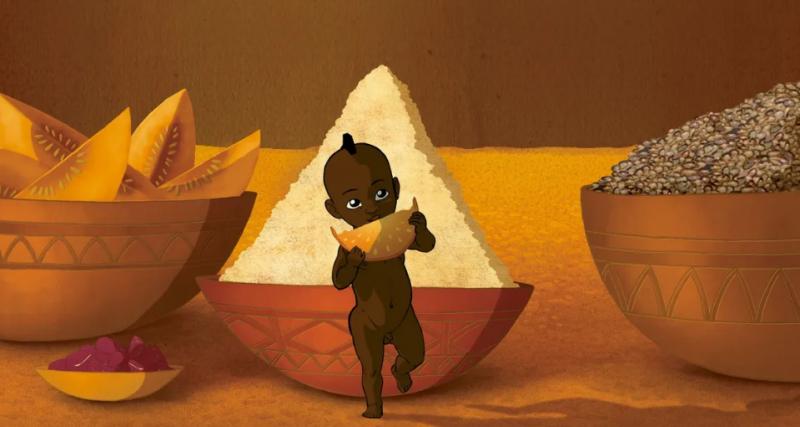 Kirikou and the Wild Beasts “, animated film directed by Michel Ocelot and Bénédicte Galup and released in 2005.Photo Credit – © AFP / THE SHIPOWNERS / ARCHIVES OF THE 7TH ART / PHOTO12

Michel Ocelot’s classic will never take a wrinkle. This story with timeless speech is a real enchantment, which entertains with intelligence and allows to learn the definition of the word valiant.

Inspired by an African tale, this cartoon tells the story of a very small child, Kirikou, confronted with the fascinating and cruel witch Karaba. Rejected by the village because of its size, Kirikou, by her courage, will succeed in winning the esteem and admiration of all, and understand that the hardness of the witch comes from deep suffering.

The line and flamboyant colors of this lively make it possible to create a universe reminiscent of the paintings of Douanier Rousseau, offering a nice trip through Africa.

THE 12 WORKS OF ASTERIX

Classic for a whole generation, released in 1976, The 12 works of Asterix will require two years of work from the creators. Although some messages are a bit outdated today, the film combines fun and learning with humor.

History: In 50 years before Jesus Christ, the armies of Julius Caesar occupy all of Gaul. Any? No ! Somewhere in Armorica, a small village surrounded by entrenched Roman camps resists the powerful invader. To prove that these supposedly invincible Gauls are only vulnerable men, Caesar offers Abraracourcix, the village chief, a series of tests that only the gods could pass: the twelve labors.

The Witcher’s Hearthstone-achtige strategie card game Originally launched as a spin-off of The Witcher 3, Gwent will...