On the occasion of the tenth anniversary of the light novel series “The unlucky student at the school of magic”The first volume of which was released on July 10, 2011, Aniplex released a special video, and light novel illustrator Kana Ishida drew the festive art. The video was directed by Jimmy Stone (fur and CAD designer in the fringechase anime), and the animation was produced by studio 8-Bit (The Unlucky Student at Magic School: The Guest). The video features the song Inochi no Akashi performed by the ASCA singer (the opening of the series “The Unlucky Student at the School of Magic: The Guest”). Until June 30, 2022, the authors promise many more franchise-related announcements.

TV anime is currently streaming “Honorary student at the school of magic”, a spin-off featuring the events of the original series through the eyes of Miyuki Shiba. Also in development is an anime “The Unlucky Student in the School of Magic: Memories” (Mahouka Koukou no Rettousei: Tsuioku-hen), which adapts the eighth volume of the light novel. In the first seasons, volumes 1-4 and 6-7 were filmed. In the second season, the “Guest” arc was filmed (volumes 9-11). Anime movie “The Unlucky Student at the School of Magic: The Girl Who Calls the Stars” was filmed according to the original script of the author of the light novel, the plot of which takes place after the events of the “Guest” arc.

The light novel series by Tsutomu Sato has been published since 2008. The main story ended on September 10 last year on volume 32 with the double title Sacrifice-hen / Sotsugyou-hen. After that, two sequels were announced at once. The first sequel, Zoku Mahouka Koukou No Rettousei: Magian Company, is a direct sequel and will tell the story of Tatsuya and his classmates after graduation. The second volume came out on April 10. The second sequel, Shin Mahouka Koukou No Rettousei: Cygnus Maidens, is about the education of the Jumondji family’s illegitimate daughter, Alice, in First School. The action takes place after Tatsuya and his classmates graduate. The second volume came out on July 9th.

In addition to the main story of the light novel, there are several volumes of side stories. The light novel also has manga adaptations of arches from various illustrators. At the moment, the manga adaptations of the arcs “Uprising in the Ancient Capital” (volumes 14-15), “Heir to the Yotsuba Family” (16 volumes), “Meeting of the Heads of Clans” (17-19 volumes) and “Riots in the South Sea” ( 20 volume).

The original novel The Unlucky Student in the School of Magic has a circulation of 12 million, and the total circulation of all titles related to the franchise exceeds 20 million. 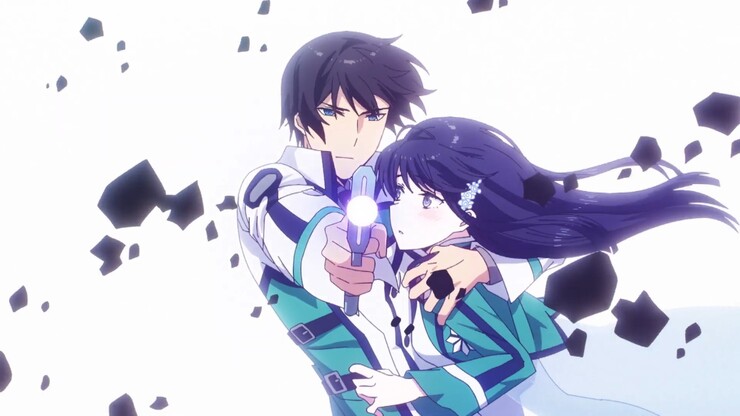 Anime characters that we once dreamed of meeting are numerous, and yet some of them stand out for their personality, or...