The yakuza return in volume 2 of the Golden Guy

The first volume of Golden Guy ended with the announcement of an epic pistol fight but also on a shattering revelation. How will clan leader Gai Sakurai plan his revenge in this sequel ?

The Golden Guy in danger 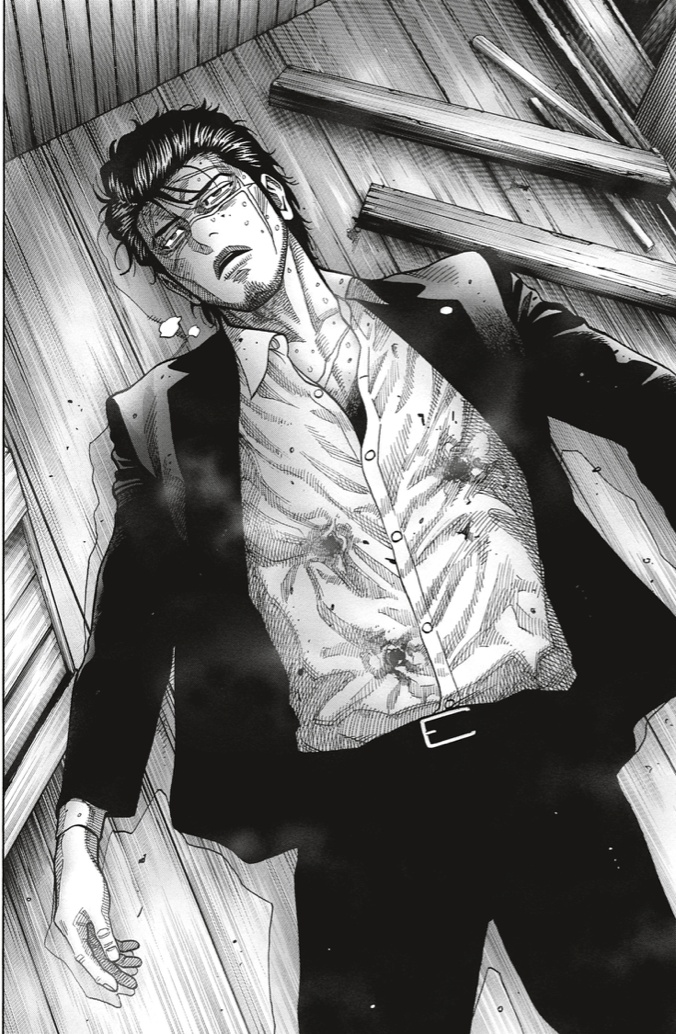 We found in the last volume of Golden Guy a double cliffhanger. In a cabin, the main character Gai Sakurai thought he had beaten the rival clan by kidnapping its leader Kyôsuke Akane and then making him confess to the murder of Isao Osaragi. Alas, Gai had been shot by Minori Takakura, his lieutenant and best friend. The end of Golden Guy ? No because everything is a machination orchestrated by Minori. This gesture marks a new rise in tension in the gang war but also the multiplication of betrayals on all sides.

Again at the center of the series, Gai Sakurai has been fighting since high school and has never been beaten. He supports his team without any limit not only in front of the other clans but also in the face of the contempt of a policeman. Even if the duty imposes it, he refuses to kill his lieutenant. This attitude explains why lieutenants stay in the clan. More prosaically, the Golden Guy finance in cash as soon as one of his lieutenants has a family problem. This loyalty is undermined, however, as he has a relationship with the daughter of a member of the opposing clan.

A dive into the Japanese mafia 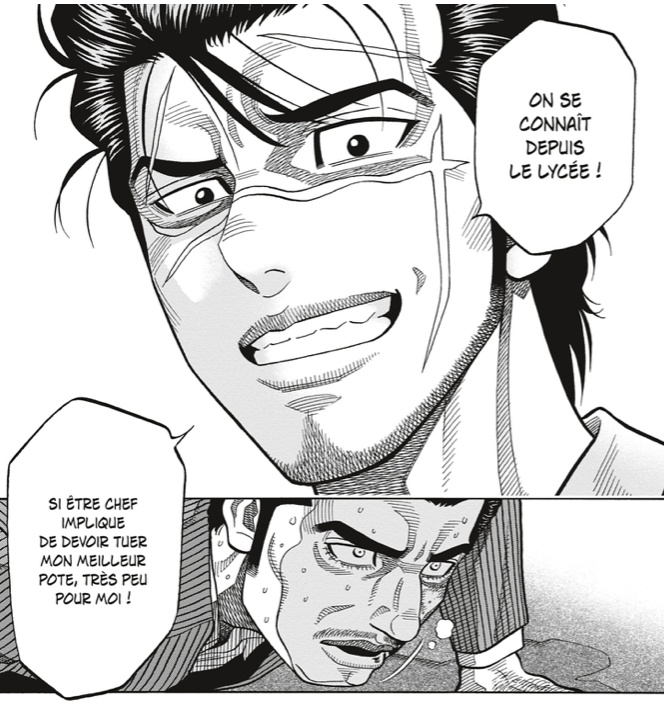 There is no idealization of the yakuza in Golden Guy but, through a thriller, the description of an environment. The mafia is a very hierarchical organization with families integrating different clans. The chiefs of the clans obey the seat which takes care to avoid the internal fights. It is the godfather who decides on the end of a clan by merging with an emerging group or on its dismantling in the event of fault. In each clan, there are chiefs, lieutenants, specialized sections… which does not prevent internal conflicts and betrayals. Tesshû Kurozuka feels frustrated by his position as a cadet: he must bring back money but has no power in the organization chart. Within the same family, clans form an alliance against a third. Everyone follows a code of honor and respects the group, even if it means volunteering to go to prison.

The only difference with the army is that the slightest violation of the rules is directly punished by violence. We understand certain laws as the necessary respect for elders. The police know very well the members of the clans and their functioning. The general context seems to be changing because tougher laws against the yakuza have just been passed. The perception of mafiosi is very negative: two agents are beaten by rugby players and treated as “rubbish”. Indeed, Jun Watanabe portrays most mobsters as power-hungry idiots, with the Osaragi clan being an exception.

In the first volume, the description of this secret society and the hierarchy of the yakuza fell like a hair on the soup in the middle of the action but the description is inserted here in the action. The characters in Golden Guy are very numerous. Cards present them during their first appearance but we are not sure that each one counts. This volume two is interested for example in the bald Tesshû Kurozuka. His flair is a valuable tool but his impulsiveness makes him an unreliable yakuza.

Edited by Mangetsu, Golden Guy always goes a hundred miles an hour in this second volume. Betrayals, gunshots and twists give a hectic pace to the reading. As with the first volume, the finale unveils a totally unexpected victim and readers would like to read the sequel before the barrel of weapons cools.

Find on the site a chronicle of the first volume and For the worsta romantic thriller.

Geeks, K-pop and cosplay at the Cité des Arts

Initially launched for schoolchildren, the Cité Geek has been open to the general public since yesterday. What is it...