Prior to the start of broadcasting, in the special program “Build Divide -# LIVE- (Code Live)” PART2
NS2Bullet PV、Blu-ray&DVD・Episode 1informationHas been lifted!

The opening theme “BANG !!!” by EGOIST using the second PV will be written by ryo (supercell) and composed and arranged by Giga.
The first Blu-ray & DVD will be released on January 26, 2022.

Please look forward to the follow-up report of this work, which will be getting more and more exciting for the broadcast from October 9th!

The city “Shin-Kyoto” with AR infrastructure was governed by the existence called “King”, and it was an unreasonable world where all superiority and inferiority were determined by the strength of the build divide. One day, Teruto Kurabe, who was wandering around the city with bread in one hand, helps a girl, Sakura Ryo, who was being chased by a thug, with the power of a card. Seeing its power, Sakurara expects Teruto’s build divide ability to be considerable, and offers a battle on the spot. She was looking for a strong man who could win the “rebuild battle” to get the right to challenge the king. However, Teruto has lost most of his memory …!? 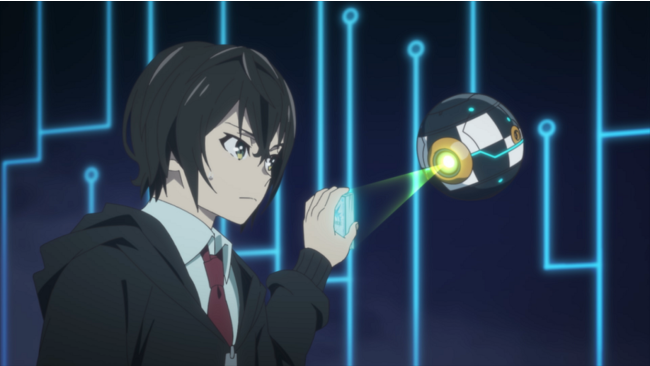 -By summoning the “Ace” unit that will be your partner, you can unlock your army’s territory “Territory”.
Achieve unpredictable game development that dramatically strengthens your army.
・ In conjunction with the anime story, the content will deepen your immersive feeling in the game.
-The product structure is easy to pick up not only for active players, but also for players who have left TCG once and new players who are interested in animation.
・ Beautiful card art by a well-known artist, which is unique to “TCG made by an animation production company”, is scheduled to appear.
・ We plan to hold a wide range of events for core and light, such as competitions and fan meetings.

Release information
★2021１０moon８Will be released on a daily basis

★ 2021 1２moon３Will be released on a daily basis

・The PR card will be distributed at the end of October!
* Distribution method will be announced later.
* The image is under development.

We are accepting registration for the build-divide TCG dedicated system “DIVE”! 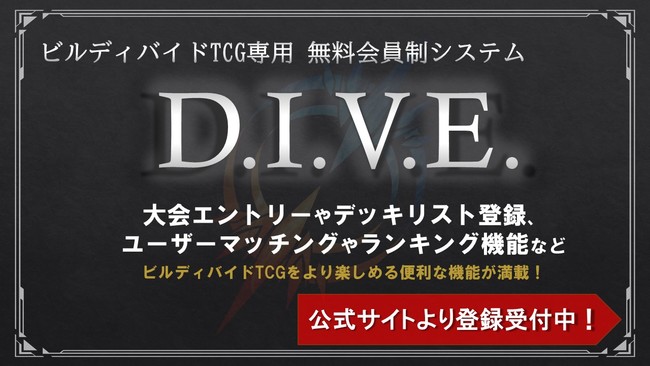 ・ Up to 4 events per store during the event period
・ There is a PR pack for the tournament
・ Reflected in the ranking depending on the outcome! Get titles and icons!

★ Due to its popularity, the holding period will be extended until the end of October!
Please check the official website and official Twitter for the schedule!

Inquiries regarding the handling of this product
[email protected]