The TV anime “Digimon Adventure:” that is being broadcast on Fuji TV every Sunday from 9 am.
Digimon: The original soundtrack vol.2 containing BGM that colors the world will be released on August 25th.
In addition to 27 songs that color the work by composer Toshihiko Sahashi, insert songs and TV size of the ending theme will also be recorded!

Born in Tokyo. Composer / arranger. Graduated from the Department of Composition, Faculty of Music, Tokyo University of the Arts.
In 1988, won the Grand Prize and Christine Reed Award at “New Artist Audition 1988” sponsored by CBS Sony.
In 2001, won the Television Drama Academy Award “Music Award in the Play” at “Lifesaving Ward 24:00”.
In 2005, “Mobile Suit Gundam SEED” won the “JASRAC Award” bronze award.
In 2014, won the 9th place in the JASRAC International Award for “HUNTER x HUNTER”.
In 2014, he won the “Monaco Red Cross Award” at the 54th Monte-Carlo Television Festival in the NHK special special drama “Battlefield Tokyo”.
He has actively collaborated with overseas artists such as the London Symphony Orchestra and Celtic Woman on numerous soundtrack albums. Since 2017, he has been appointed music director of the musical “Annie” (art theater).

■ The TV anime “Digimon Adventure:” is being broadcast on Fuji TV every Sunday from 9 am! !! 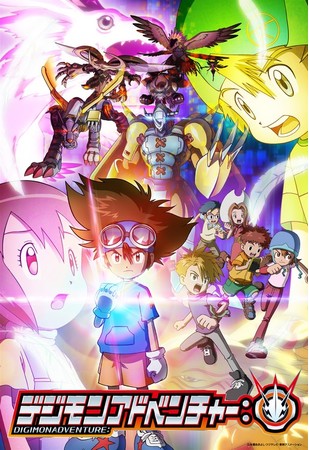