Ambassador Extraordinary and Plenipotentiary of Japan to Ukraine Takashi Kura personally congratulated the winners on their victory, and presented them with a diploma of the winners at his residence.

“This year, the largest number of works in history was received – 383 works from 61 countries of the world, among which the manga of Ukrainian authors became one of the 15 best. The works of the winners will be shown at exhibitions in Japan and Australia, and we really hope that as many people as possible will see the work of Ukrainian artists. Next year, Japan and Ukraine will celebrate the 30th anniversary of the establishment of diplomatic relations. I hope that next year Ukrainians will receive a gold award in the manga competition and further delight with new works and contribute to the development of Japanese-Ukrainian relations through the popularization of manga culture in Ukraine. I wish you success“, – said the Japanese Ambassador to Ukraine Takashi Kurai. 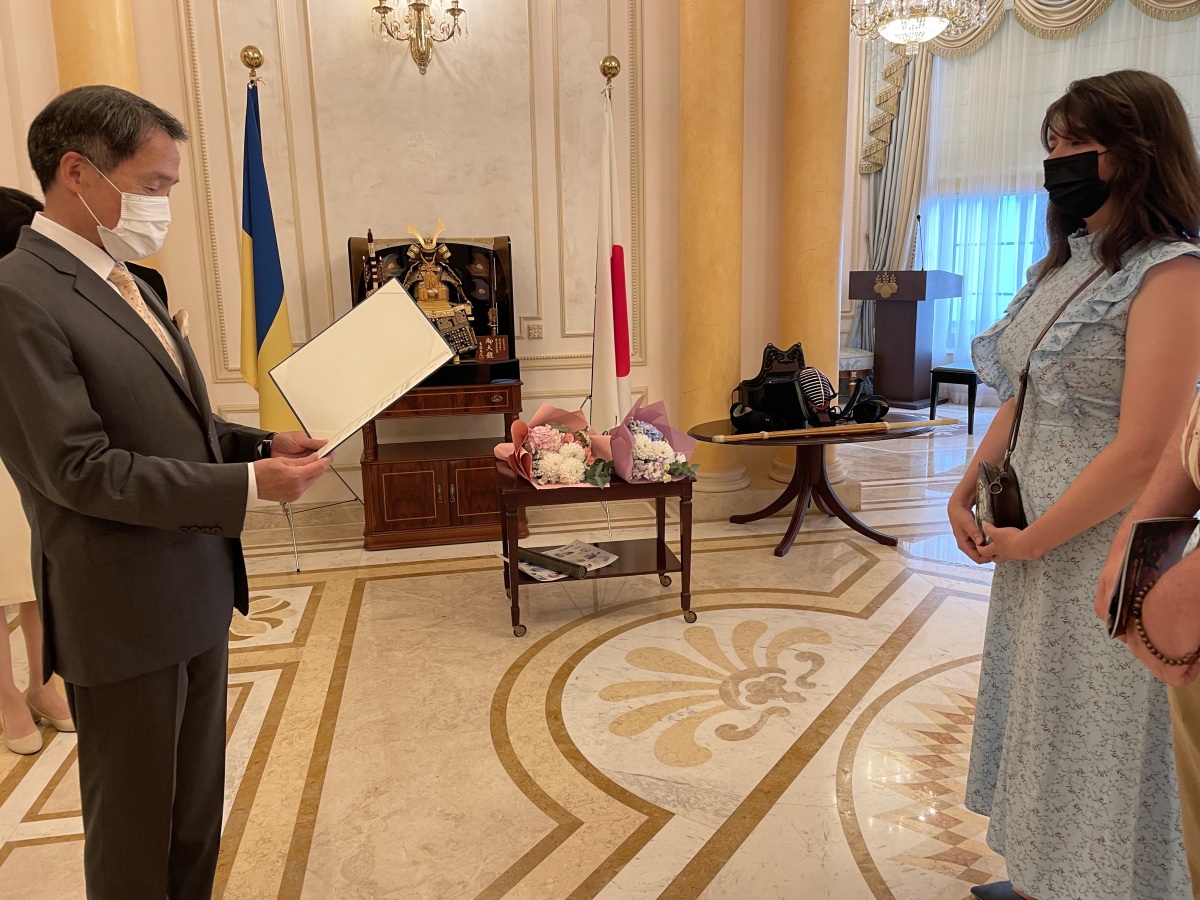 Interestingly, this is not the first award of Natalia Rerekina in this competition. Previously, her work won a silver award at the 11th International Manga Competition, and the selection committee praised her improvement in drawing techniques this year. “I am very pleased to receive this award. Manga culture is actively developing in Ukraine, and I would like more artists to appear and more Ukrainians to take part in this competition.“, – said the artist.

“I am honored to receive such an award. In my creative activity, I have always been inspired by Japanese manga comics, so I plan to continue to develop in this direction.“, – said the scriptwriter Gilbert Briessen.

Meanwhile, Russia has banned the distribution of links to three more popular anime series and manga among teenagers. The banned animated series “Tokyo Ghoul”, “The Devil’s Riddle” and “Assassin Class”. The latter work was also banned in the form of a text version – a manga.

Subscribe to the daily email newsletter from the creators of the number 1 newspaper in Ukraine. Every evening, the most important, exclusive and useful items are in your mail. Subscribe to.